Love is in the Air!

Just wanted to share the beautiful flowers I received from Ronnie on Valentine's Day. After lunch, I returned to my office to find these: 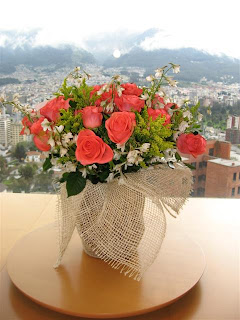 I got home before Ronnie that evening and as I was preparing a yummy dinner for him, he walked in the door with this beautiful bouquet. 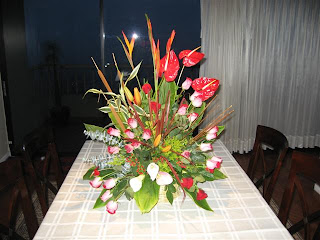 After dinner we went to a friend's house for a Game Night. Because we both worked late, I didn't have time to make the special dessert I had planned. So, on Saturday I made them for the BBQ we had for Ronnie's supervisor and co-worker. They are crushed oreo cookies, mixed with cream cheese then rolled into balls and dipped in chocolate. Ronnie LOVES them! 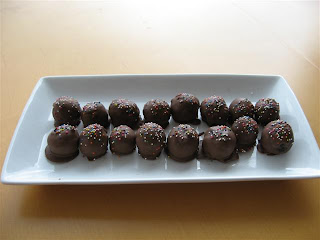 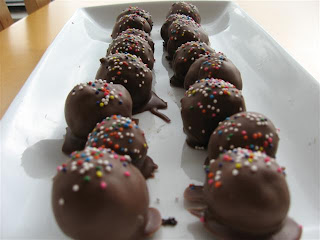 Next time I think I'm going to try peanut butter in the middle!

Saturday morning Ronnie woke up before I did and as a belated Valentine's surprise, he brought me breakfast in bed. :) 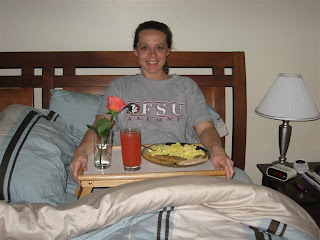 We hope everyne had a wonderful Valentine's Day! xo
at 12:31 PM 4 comments: Links to this post

Not far from our house, there is gorge that runs between two neighborhoods. There is a dirt road that runs along one side of this gorge and Ronnie has always wanted to find the access point so we could get down there. Last Saturday we found it while on a walk. Later that afternoon Ronnie took his bicycle out to see where the road would take him...I opted to stay home. About an hour later he came back and one of the first things he said was "Be glad you didn't go, I don't think you would have liked it." Apparently, it was a very rocky dirt path and at some spots gets VERY narrow...Ronnie even admitted that it was pretty creepy to be so close to the edge and see how far the drop was.

The next day, we decided to go on another bike ride. Ronnie suggested we go to the gorge so he could show me the waterfalls he found. Even after the previous day's warning of "be glad you didn't go", I agreed to check it out. We brought the camera with us so we could share some pictures:

From our side of the gorge, this is one of the waterfalls and the dirt road we were heading to. 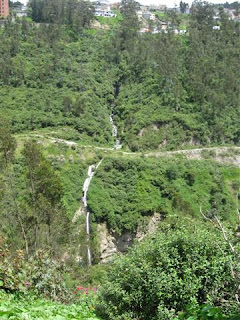 Another shot of the road. 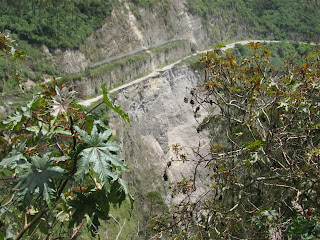 There's a bridge that connects the two neighborhoods, which we often travel. Many times while driving on the bridge, we've seen groups of people with bungees. We assumed they were jumping, which we thought was insane. After seeing it from under the bridge, it seemed more like they just swinging from the ropes. (I still think they're crazy.) One of the first waterfalls (obviously, man made) we came across. 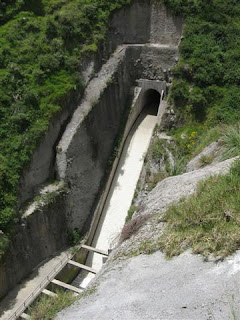 We took a break for a photo op. 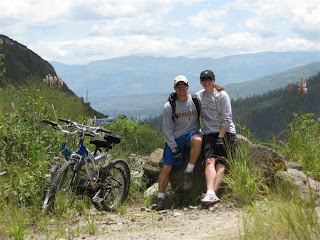 Ronnie strategically parked his bike so you could see how close to the edge we could get. Don't worry, we wouldn't actually ride our bikes that close. 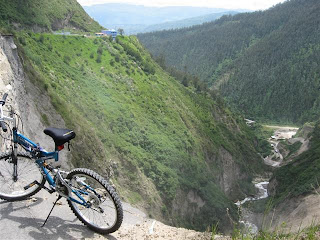 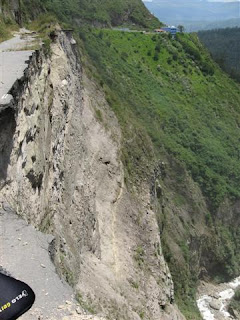 This was the narrowest part of the road. I didn't even want to pass over the area, but once Ronnie walked across, I quickly followed. The day before, Ronnie walked his bike over and kept riding down the road. However, I left my bike and didn't want to go any further! 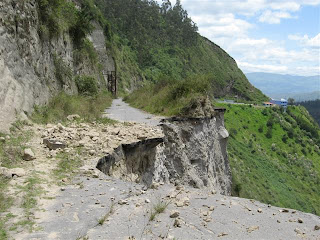 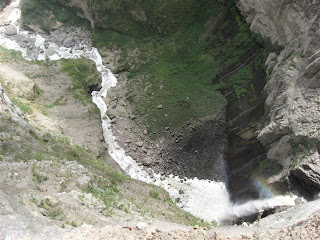 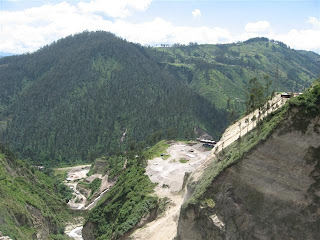 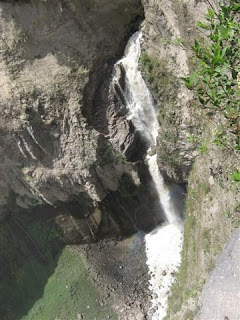 We wanted a picture with the waterfall behind us, but the only way to do it was to lay on the ground. 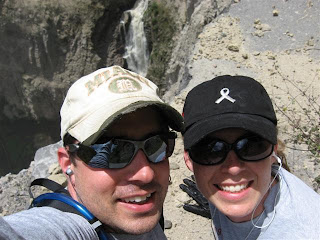 Although it was a little unnerving to be so close to a cliff, we were defintiely safe and cautious and I'm glad I did it.
at 11:45 AM 5 comments: Links to this post

Email ThisBlogThis!Share to TwitterShare to FacebookShare to Pinterest
Labels: Travels

Are You Ready for Some Football??

Yesterday, the Marines had a Super Bowl Party at their house. They had lots of food, drinks and 2 LARGE televisions. There was a good turnout of people...mostly Giants fans, but there were some hopeful Pats fans, too. Ronnie and I were with the majority cheering for the Giants. Mostly because we wanted the '72 Dolphins to remanin the only "perfect" team. Also, the Pats cockiness was just annoying and knowing that Tom Brady is a bad loser (his own words) we wanted to see him lose his first Super Bowl. :)

Before the game Ronnie and I spent some time in the kitchen making some goodies to bring to the game. 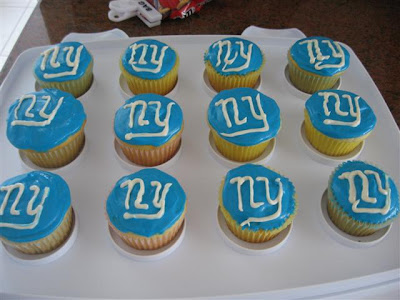 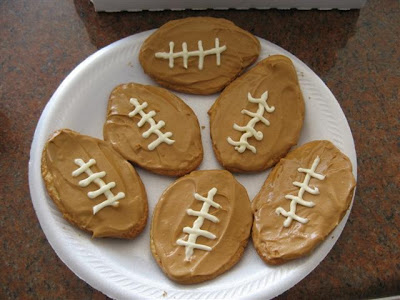 Once all the sweets were ready, we headed over to the Marine house. We watched the first 3 quarters there then came home for the last quarter. For most of the game it looked like either team could win it, but luckily the Gians pulled out the win! It was a very exciting finish to a somewhat boring game.

There were only 2 bad things about watching the game here in Ecuador...1) All of the commentary was in Spanish! 2) We didn't get any of the great commercials! Luckily all of the commercials are available online so we'll get to see them one way or another.