I know it's been a long time since I've posted anything exciting on here (although, I think apple pie and banana bread is pretty damn exciting), but with Ronnie is Paraguay there just wasn't a whole lot to write about. A week after he got back to Quito, we were off for our vacation. We went to Miami for a week, then 4 days in Jamaica (for our honeymoon), then another week in Miami. It was SO GREAT being home. We really missed our friends and family, as well as the many American establishments that we'd taken for granted (i.e. Target, Starbucks and Subway). Here's a recap (I'll try to keep it short) of our trip:

We spent a lot of time with family. Our niece and nephew (Madison and Zachary) have gotten SO big! We loved hanging out with them and seeing all the new things they've learned since we last saw them. 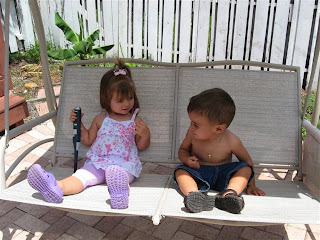 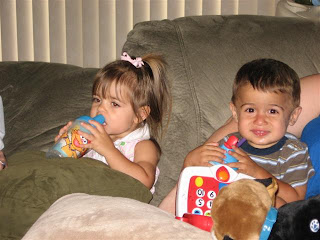 We also got to spend some time out on my parent's new boat. 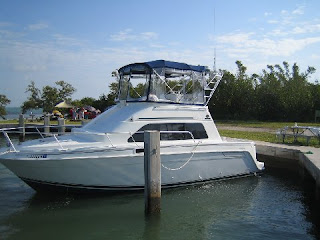 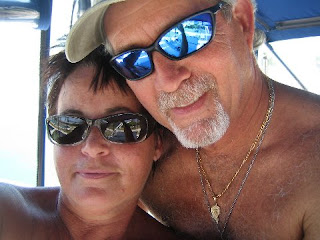 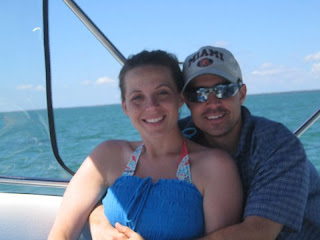 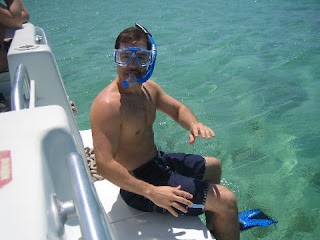 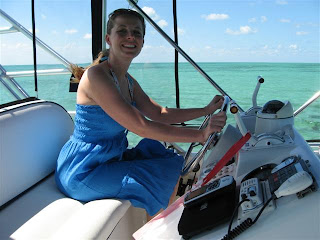 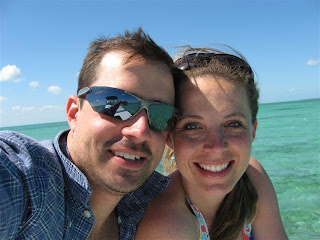 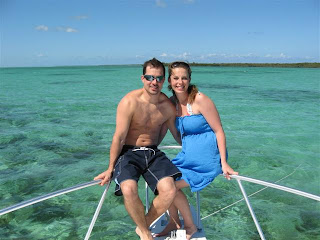 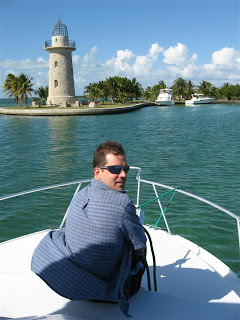 On another day, our sisters, niece, nephews and Willie and Maria also joined us for a day on the boat. 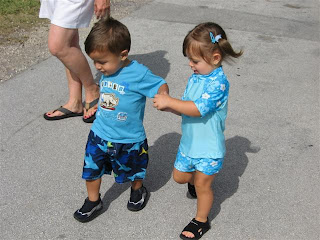 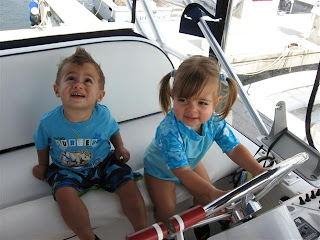 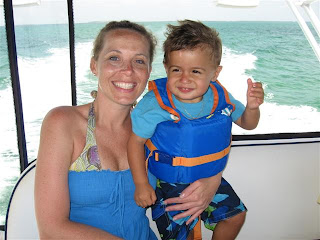 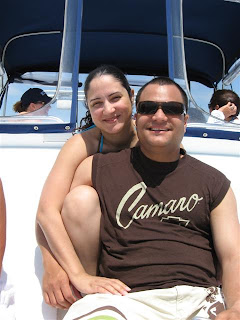 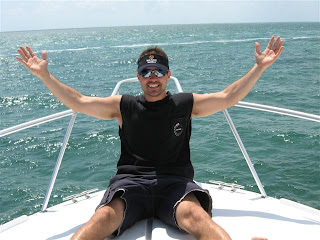 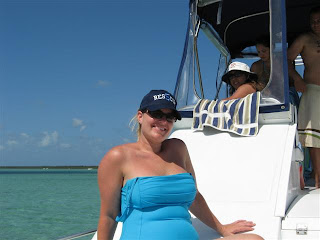 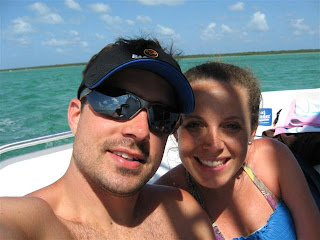 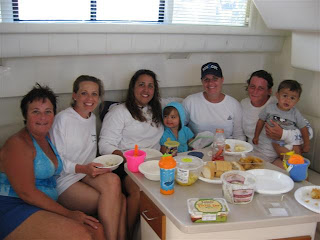 Besides time on the boat, we also attended a Bon Jovi concert (the initial reason for our trip). It was FANTASTIC...as they always are. The only problem was when we pulled into our parking spot (15 minutes before show time) and found out a bomb threat had been called in. They evacuated the arena and had to call in the police, fire rescue, bomb sniffing dogs, etc. The crowd anxiously awaited news of if/when they would let us in. 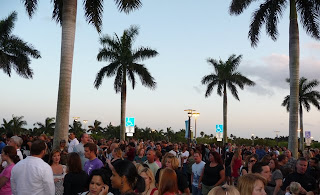 So, the show was supposed to START at 7:30p.m. They didn't open the doors for us until 8:50p.m., we got in the building at 10p.m. Just imagine approximately 20,000 people trying to enter the building at once instead of the steady stream which starts at least an hour before show time...not fun! The best part was when one of the security guards told people they would have to form a line...the crowd literally laughed in his face. By the time we got in, Daughtry was already performing. I was bummed because I was quite excited that they were the opening act. I loved Chris Daughtry when he was on American Idol (although, it's probably a good thing he didn't win). When we got to our seats, we saw Daughtry perform one final song then their set was over. Boo! Shortly after Bon Jovi came on. YAY! They thanked the crowd for sticking around and individually thanked each and every law enforcement agency that helped sweep the building.

The show was spectacular and we were so happy when Chris Daughtry was invited back on stage to sing "Blaze of Glory with Bon Jovi (a song Chris sang while competing on American Idol). Here's a clip of it:

In the end, the long wait was well worth it! This was our third BJ concert together and I'm sure it won't be our last.

It was also lots of fun spending time with friends while we were home. Unfortunately, I didn't take nearly as many pictures as I had planned, but here are some.

We went to a Cinco de Mayo Party at Yvette's house. It was a nice time and despite the tequila shots, it was a very mild evening. Mexican food and pool...good times! 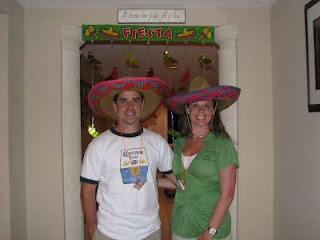 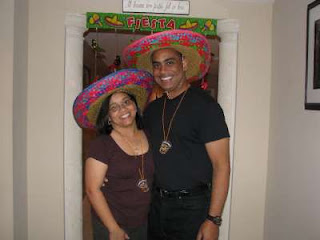 It was their first get together at their new home. Which is gorgeous! The backyard was beautiful..a large pool, jacuzzi, covered area and a hammock. I think I was reverting back to our days in Jamaica. :) 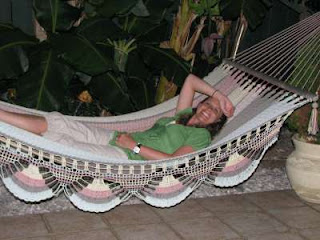 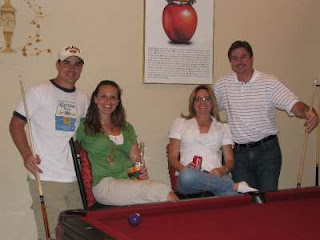 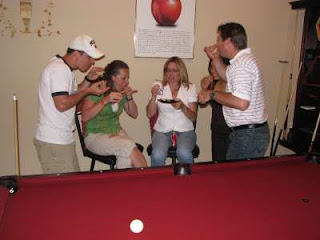 We also got to spend some time with Julie, Andrina and Claudia. We all went to a fundraising event at Game Works and the Emcee got us up and dancing. How could we resist the Cha Cha slide, anyway?? (That's me in the back on the left.) 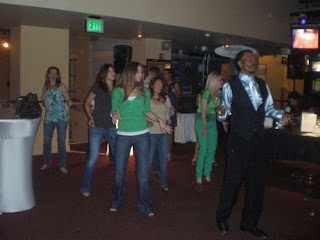 We also got to attend Nick and Andrina's housewarming party. Their place is SO nice!! Nick did most of the work himself (I think everything but the floors) and Ronnie and I were quite impressed. Congrats, again! 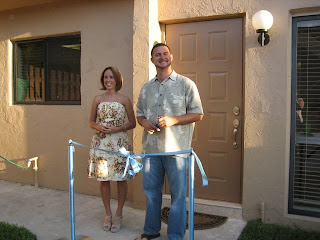 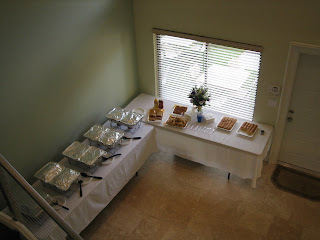 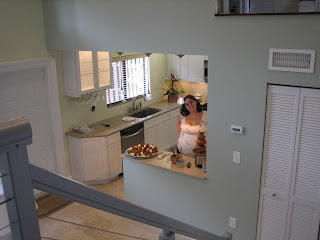 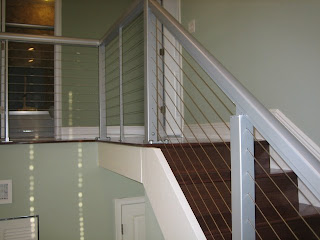 As I mentioned earlier, we also spent 4 days in Jamaica for our honeymoon. I'm going to leave that post for another day as there are lots of pictures and this post is already long enough.