Man of Your Dreams

I have been feeling some major guilt lately about the lack of pictures and blog posts there have been for Jonathan.  We took at least a photo a day of Kaitlyn during her first year.  It is definitely more difficult to set up my mini photo shoots with the little one when there's a fussy/moody 2 year old running around.

This morning when I got Jonathan dressed, I took the opportunity to sneak outside with him and my camera while Kaitlyn played with Daddy. 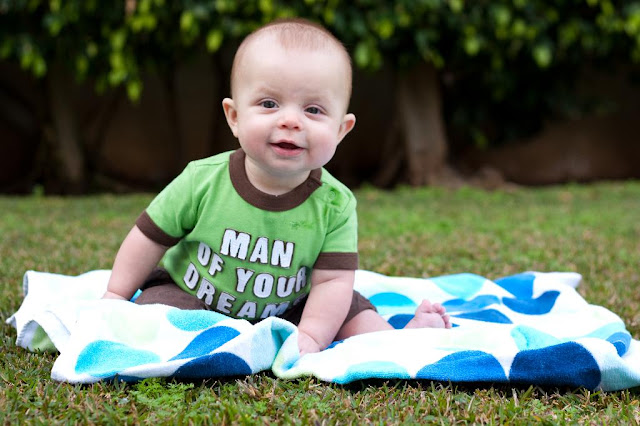 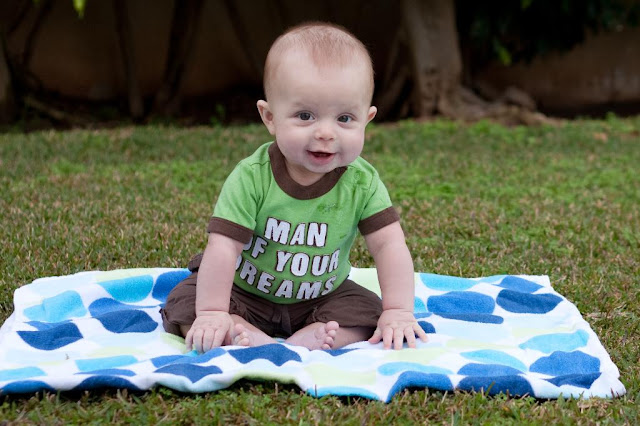 As you can see, he's sitting up on his own now.  He loves the new perspective! 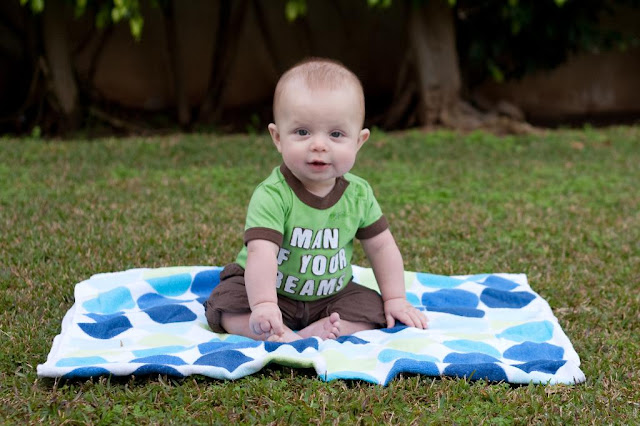 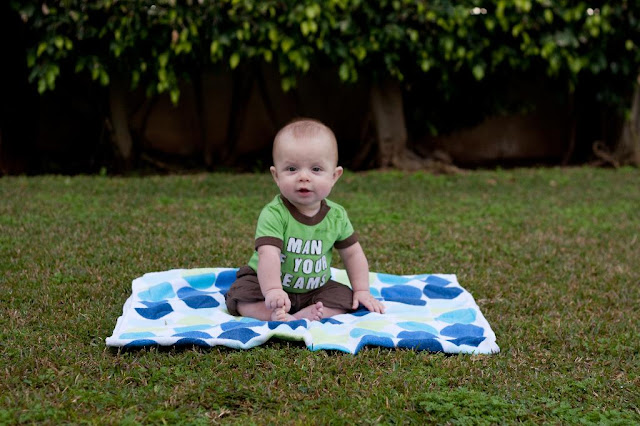 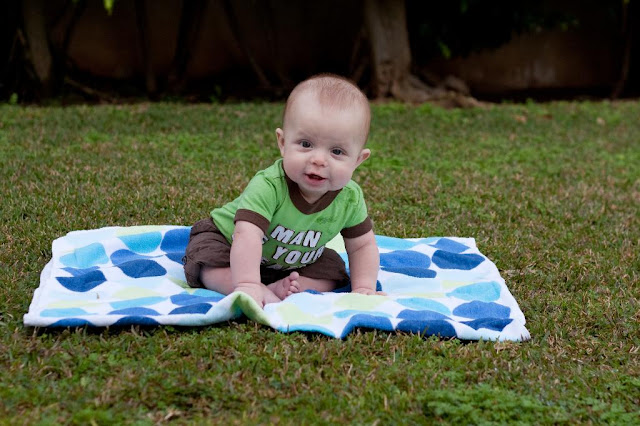 He's growing so fast!  I'll wait until next week's 6-month (already?!) post to fill you in on everything he's doing these days. 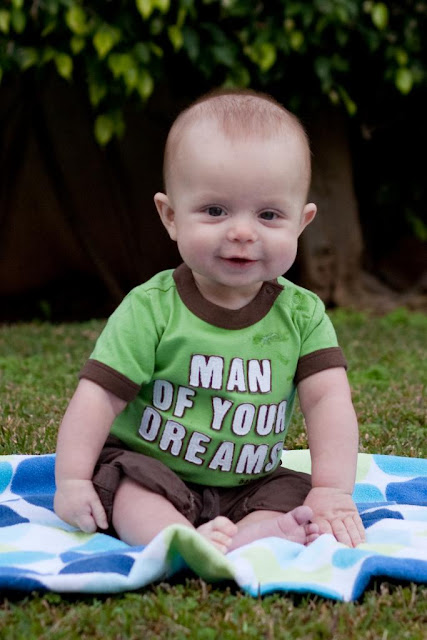 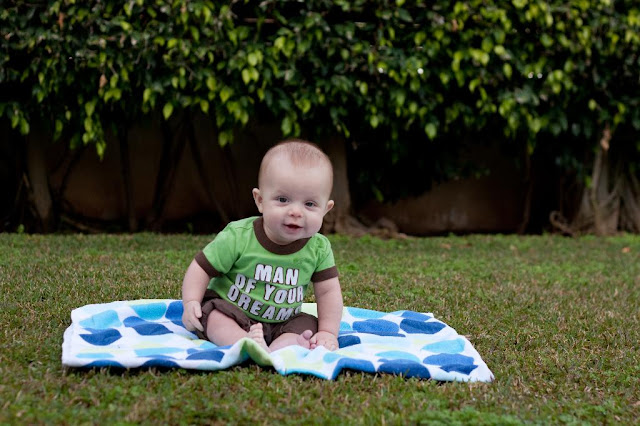 Hopefully, it won't be too long (and too much guilt) until I get the opportunity to get more pictures of our handosme little man.
at 4:52 AM

Email ThisBlogThis!Share to TwitterShare to FacebookShare to Pinterest
Labels: Jonathan