One week ago I acheived my goal of completing a 10K race before my 35th birtdhay (with a couple of months to spare)!  It was a great race--a huge party atmosphere with lots of music and dancing.  There were an estimated 15,000 people there and several DJs blaring music along the route, which made for an exciting, but crowded run. 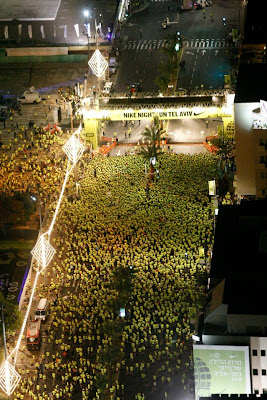 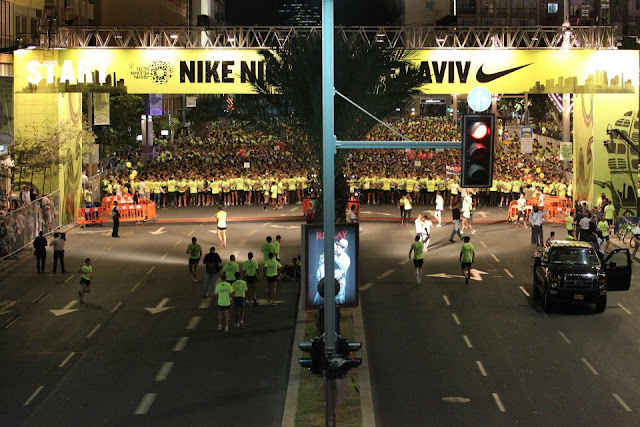 Ron decided to run with me and I'm so happy he did.  It was nice having him there throughout and to cross the finish line with me.  We kept a pretty slow and steady pace.  By about the 6th km, I was feeling really good (minus some knee pain) and decided I'd pick up the pace for the last 2km.  When we got to the 8th km, I started dodging in and out of the crowd and passed some people.  That lasted all of about 1 minute, but it was fun.  I figured maybe I'd wait until the last km to finish strong.  Well, once I got to the final km, I was hurting.  My knees were really bothering me and I had a sharp pain running up the right side of my torso.  I figured if I was going to finish the race without walking, I better just keep chugging along at my slow pace.  It was a great feeling to run across the finish line!  All I wanted to do was walk around and cool off, but because of the crowds we basically came to a stand still.  It was really annoying, but won't deter me from running the race again next year. 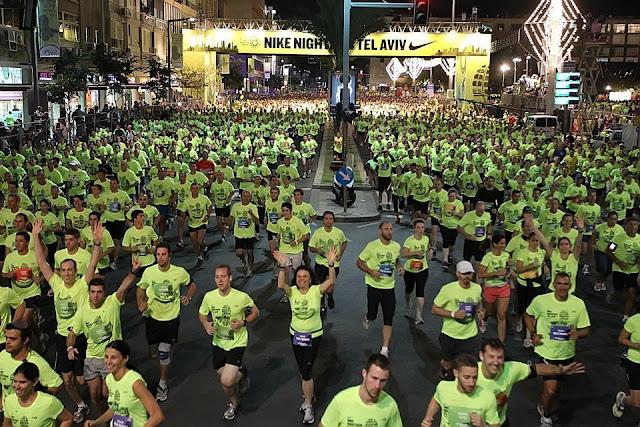 I haven't run since the race.  Mainly because I haven't been in the mood, but I've also decided I really need a new pair of running shoes.  I have stupidly been running in the same pair I bought when I first started training a little over a year ago.  They are worn out and not giving me the support I need anymore, which is more than likely why my knees were hurting so much during the race.  My knees ache at the thought of running so I'm going to wait for a new pair before I hit the pavement again. 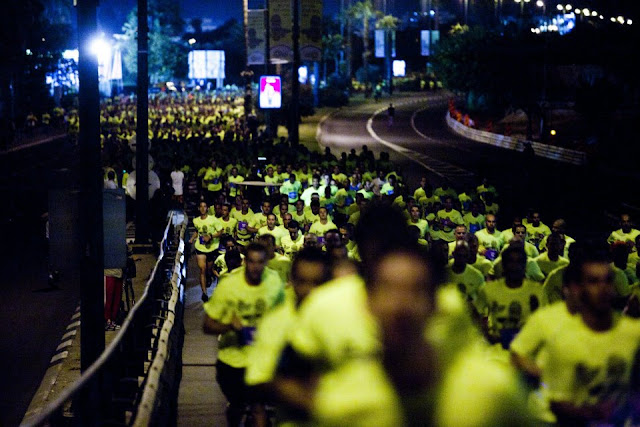 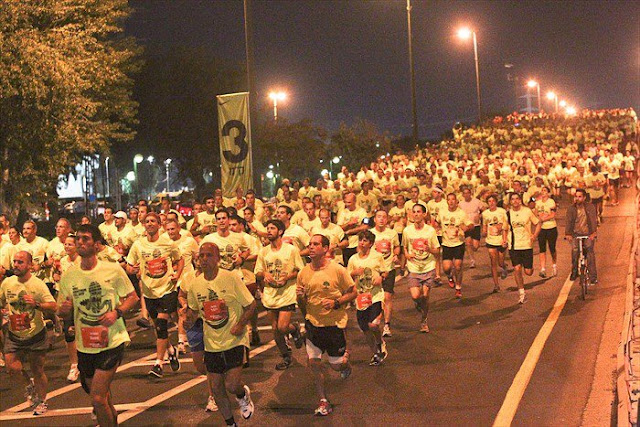 My stats are nothing to brag about, but I never walked and that's all that mattered to me.  Maybe one day I'll start working on running at a faster pace. 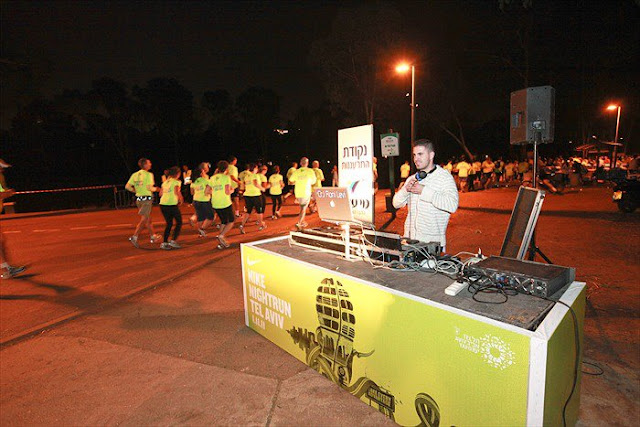 I'm bummed that I didn't get a Finish Line picture or one of me after the race with my medal, but the end was so frustrating that I just wanted to geto the car and get home.  All photos here were taken from the Nike Running Israel Facebook Page.
at 1:40 PM No comments: Links to this post

It has been 1 year and 11 days since my first post about my journey into the world of becoming a "runner" and publicly declaring my goal to run a 10K race by my 35th birthday.  Since then, I've completed the Couch to 5K training program and competed in two races: the 10% race of the 2011 TLV Marathon and the 5K race of the FICPA 1040K.  A few weeks after the FIPCA race, I broke my foot.  After 5 weeks of wearing a walking boot and contemplating surgery and another few weeks of taking it easy, I finally started running again.  I signed up for the Nike Night Run Tel Aviv, a 10K race through the streets of Tel Aviv that starts at 8p.m.  To prepare for the race, I used the "Ease into 10K" program, which is a continuaton of the Couch to 5K, but a couple of weeks into the program, I began to get a little bored and each run seemed to drag out and felt more like a chore than something I was enjoying.  One day I decided to ditch the program and just see how far I could run without walking.  It was an amazing day!  I ended up running 5K that day and found that I could enjoy running again.  I never went back to using the program.

Tonight is the Nike Night Run and I'm happy to say I'm ready...I hope! :)  I haven't trained as much as I should have in the last few weeks, but I think I should be ok.  Just as with the previous races, my goal is to cross the finish line, not walk and not finish last.  My last good run was exactly 2 weeks ago when I ran 5.56 miles.  I've only run twice since then and neither run was anything spectacular.  The weather has cooled off significantly so it should be a nice night.  I'm crossing my fingers that with the cool temps and the energy from the crowd, I'll be pumped enough to do it despite my slack in training.

I'm super excited that I could protentially achieve my goal tonight.  Honestly, I know I could have done more.  Now that I know what I'm capable of, I know I could (theoretically) be running longer distances.  The broken foot definitely didn't help, but I know I didn't train nearly as hard or as often as I could have.  I still feel like I've come a long way, though.  And I'm proud of my accomplishments.  Stay tuned for a recap of the race. 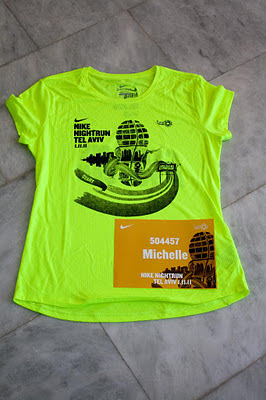 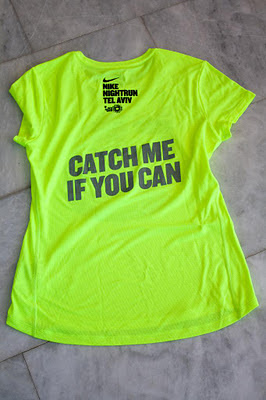 I love the shirt!  Obviously the "Catch Me If You Can" slogan doesn't exactly pertain to me.
at 8:41 AM No comments: Links to this post