Kaitlyn and I made this valentine for Ron last night.  I had to scan and share it because we were SO impressed with her handwriting.  The "To Daddy" and "I love you" were traced, but she wrote her name completely on her own!  I couldn't believe how well she did.

She also drew a picture of the family for the first time and we were also super impressed.  :) 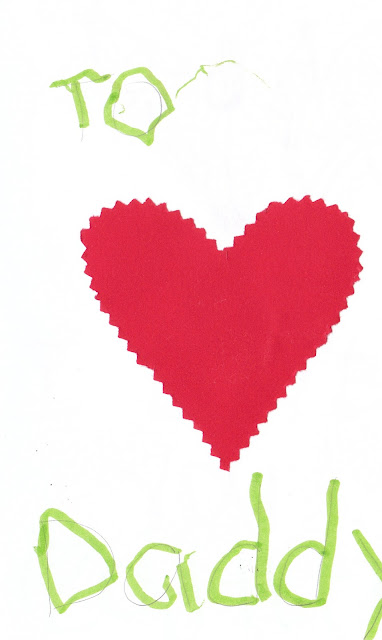 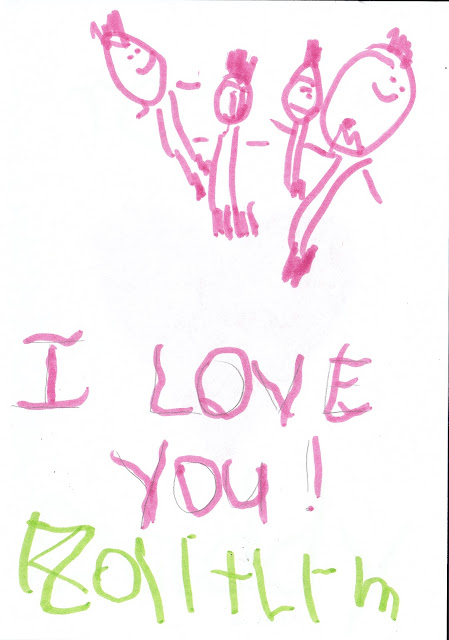 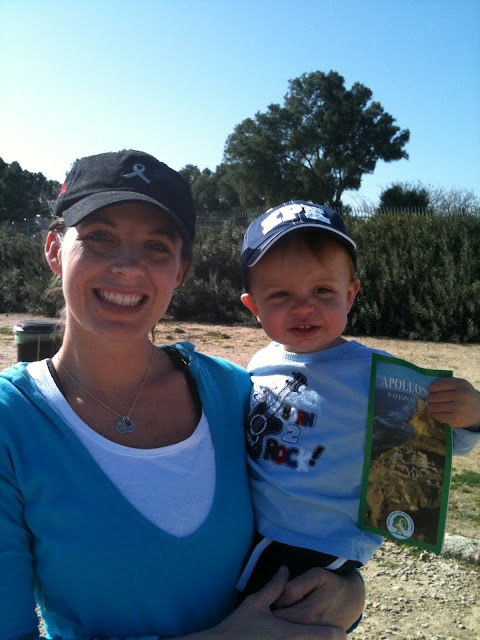 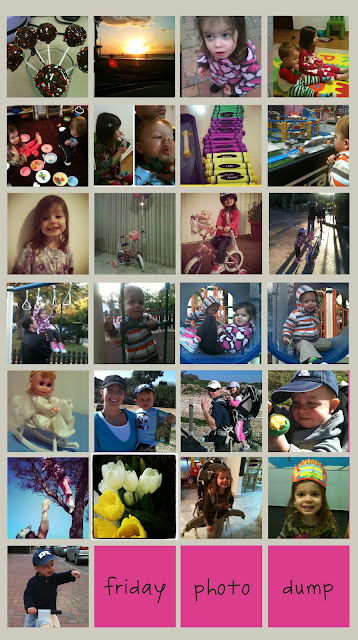 Have a great weekend!
at 9:19 AM No comments: Links to this post

This post is about a month overdue.  Better late than never, I suppose.

Two days before Christmas my parents and nephew arrived in Israel!  We were all so excited to have family visit us, but having them here over the holidays made it all the more special.

On Saturday morning, (Christmas Eve) we made a quick trip to the Arena Mall at the Herzliya Marina to pick up some groceries.

After relaxing for the rest of the day, we got ready for 5 o'clock mass.

The church was SUPER crowded.  It seemed like people were arriving by the bus load.  Ron and Mom managed to get a seat in the last pew.  Dad, myself and the kids stood in the back.  As more and more people arrived, we got pushed further back.  The kids found a spot against some doors to take a break.  Eventually the church staff opened those doors and we ended up outside due to the overcrowding.

When we got home, we fed the kids a quick dinner and let them open their one Christmas Even gift--Christmas pajamas, of course.

Once the kids took their baths and put cookies out for Santa we stayed true to the Gilbert tradition and ordered Chinese food for Mom, Dad, Ron and I.  Then Santa's workshop opened and we prepared for Christmas morning.

We stayed in our pajamas the entire day...

Mom and the kids built a gingerbread house.

Mom also brought some Christmas crackers/poppers to open after dinner.  They all had a small prize and some silly paper hats inside. 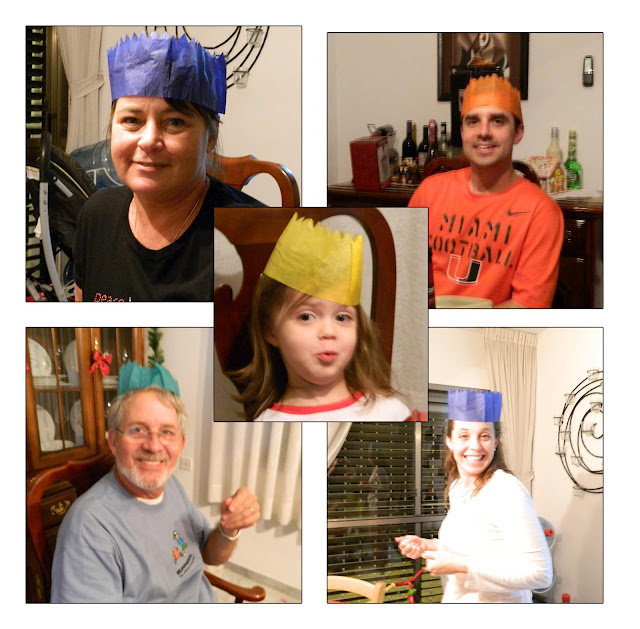 The rest of the week we did some siteseeing and some lounging around the house.  On Monday we walked the streets of the Old City in Jerusalem.  I'm not sure how I managed to only take this picture of the Western Wall and the Dome of the Rock.

Mom stayed home to rest the day we went to the Dead Sea, but Dad and Zach got a chance to float.

They also took a camel ride.

And all the kids rode mini donkeys. :)

We took everyone to the Park Herzliya (or "Yellow Slide Park", as our family refers to it.)

On New Year's Eve, we got together with some of our friends and went to Bethlehem.

It was so great having them all here, but the time flew too fast.  We miss them so much and can't wait until we see them again!