Father's Day: Tour of Dome of the Rock, Garden of Gethsemane and the Western Wall Tunnel

On Father's Day, Ron and I had the rare opportunity to attend an exclusive tour of the Temple Mount, a highly religious and controversial site in the Old City of Jerusalem.  The Temple Mount is open to visitors of all faiths, however, entry into the al-Aqsa Mosque and the Dome of the Rock is generally only for Muslims.  The U.S. Consulate arranges this exclusive tour which allows us access to the mosque and Dome of the Rock...only five embassy employees are allowed to attend each tour.  It's a long waiting list (we've been on the list for over a year) and we were lucky that our names came up for the last tour before we depart Israel.

We started early, meeting our group at 7:45 a.m.  In order to attend, we had to adhere to a strict dress code.  Ladies were required to wear ankle-length skirts or baggy trousers...nothing form-fitted, a shirt past their elbows and a head covering.  Men had to wear pants and long sleeves.

Upon entering the compound, we soon saw the Dome of the Rock, the well-recognized golden dome.

We first went into the al-Aqsa Mosque "the Farthest Mosque".  It is the third holiest site in Islam.  Muslims believe that Muhammad was transported from the Sacred Mosque in Mecca to the al-Aqsa during the Night Journey.

We took our shoes off outside and entered.

The interior is decorated with lots of stone and mosaics...all of which only depict images from nature.  They do not allow images of any humans or animals as they only worship Allah, and He is not seen.  The mosaics and structures were all so beautiful.

A prayer clock with the current time, date and prayer times for the day.

An ablution fountain used for cleaning before entering the Mosque for prayer.

Heading to the Dome of the Rock.

There were more beautiful mosaics.

The interior of the Dome was under renovation.

Ron entering the Well of Souls beneath the Foundation Rock.

Some more photos of the Temple Mount.

Thanks goodness I don't have to wear a hijab on a daily basis, it sure makes my face look round!

After the tour we stopped by the Church of All Nations to visit the Garden of Gethsemane.

The Garden is located at the foot of the Mount of Olives and is the place where Jesus was betrayed by Judas while praying.  This was the night before Jesus' crucifixion.

The mosaic in the middle shows Jesus praying at a rock before being betrayed by Judas and arrested.  The altar and church were built around this rock, which is just below it and out of picture.

The below two mosaics show (left) a guard on the ground after having his ear cut off by one of Jesus' disciples, (right) the "Kiss of Betrayal" when Judas kissed Jesus on the cheek to indicate He was the one to be arrested.

Below is what is known as the Western Stone, it is the largest stone and ranks as one of the heaviest objects ever lifted by human beings without powered machinery.  It is estimated to weigh 570 tons.

We had a great morning in the Old City.  After lunch, we headed back home for a dip in the pool with the kids. 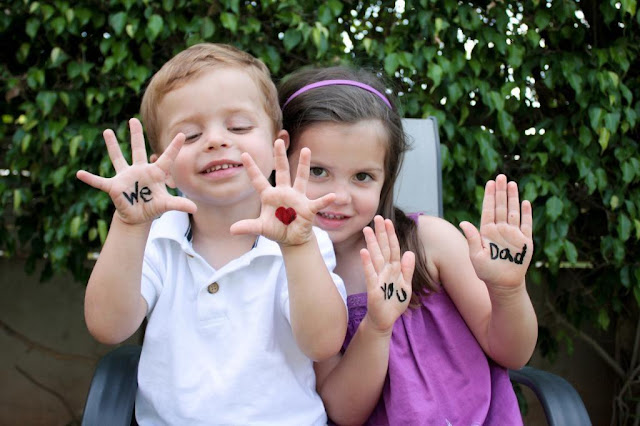 I've enjoyed your postings about the areas that you live near that we can't experience here in the States. Although I'm looking forward to you guys being back in the US and hopefully being able to see you, you're going to become a lot more boring. :-)