Last week we watched the school year come to an end as our two babies "graduated" from Pre-K (Jonathan) and Kindergarten (Kaitlyn).  They've both grown so much in the last year and I still can't believe they'll both be riding that big yellow bus together next year!

First up, was Jonathan's Pre-K graduation.  This was his second year at his preschool and we will definitely miss it.  He had some great teachers and made some nice friends.  I'd be lying if I said he wasn't excited about moving on to Kindergarten, though.  He is so psyched! 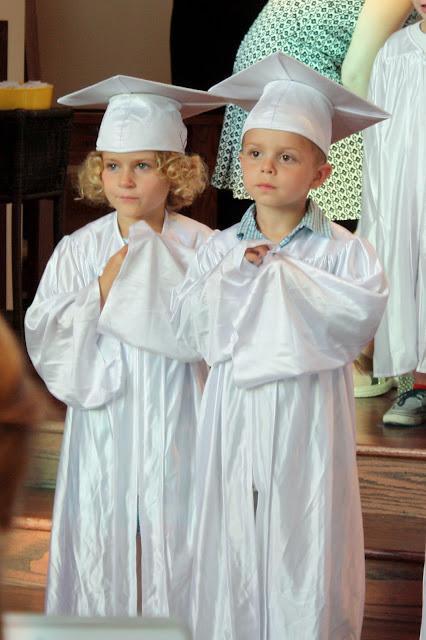 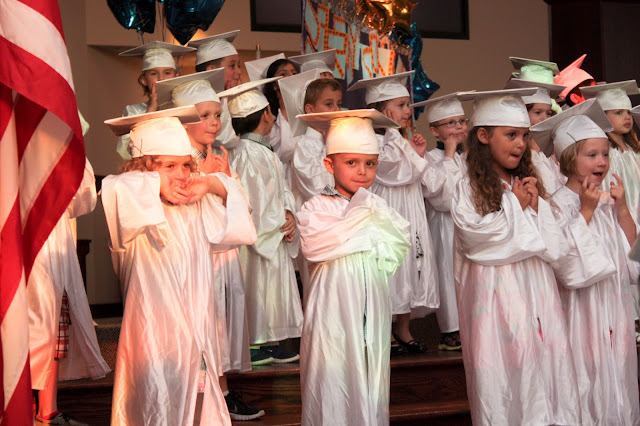 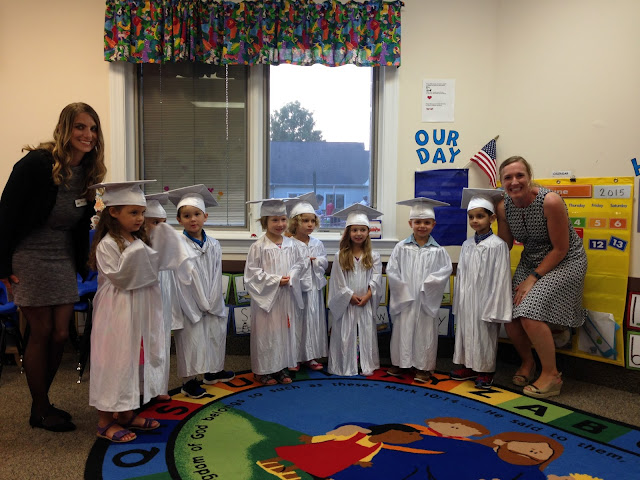 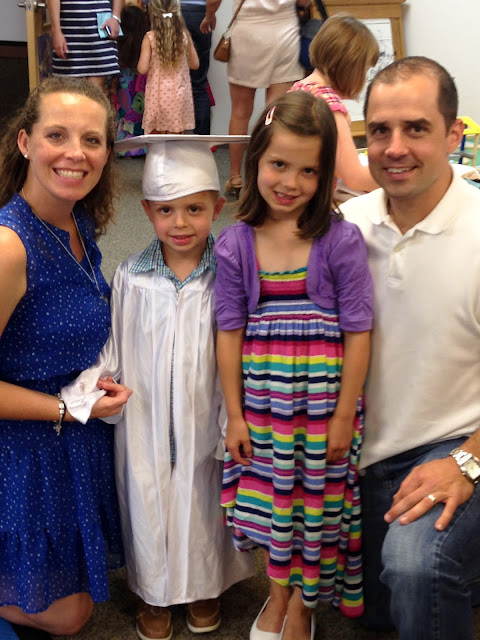 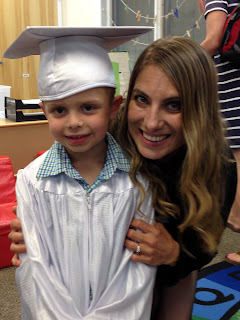 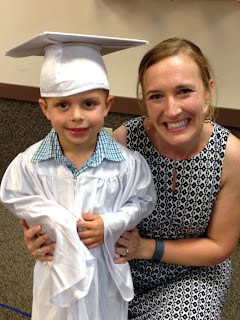 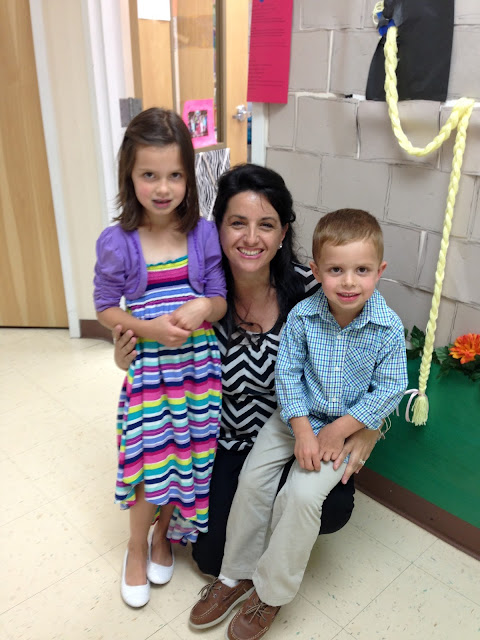 He wasn't loving being on stage, but at least he semi-participated:

The next day was Kaitlyn's graduation.  What a difference a year can make for this little girl!  She's really overcome some of her fears this year and has gained a bit of confidence.  She's still quite timid, but she's made some progress and it's no doubt that her teachers had a hand in helping with that. 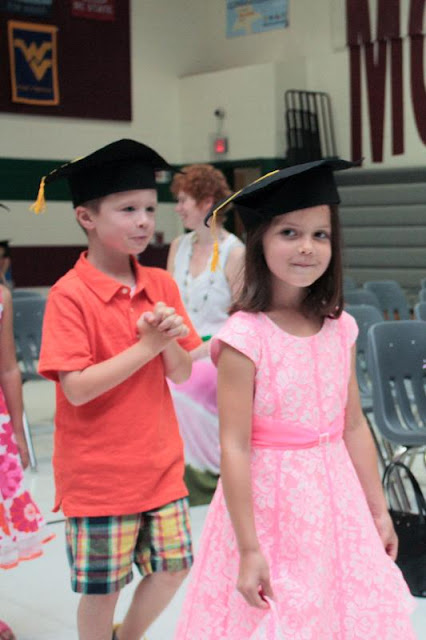 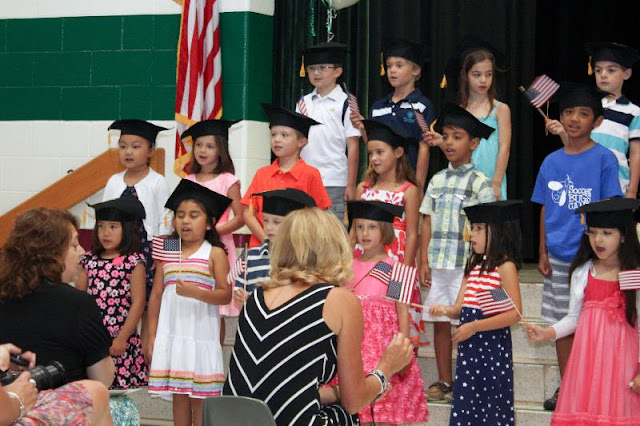 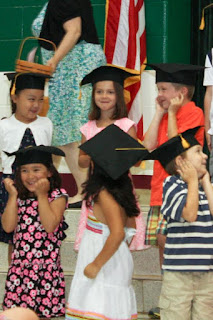 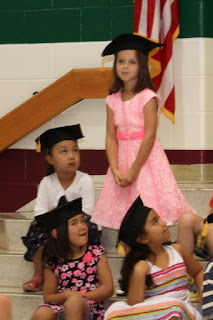 We were very proud to hear that Kaitlyn was chosen to receive the Principal's Citizenship Award! 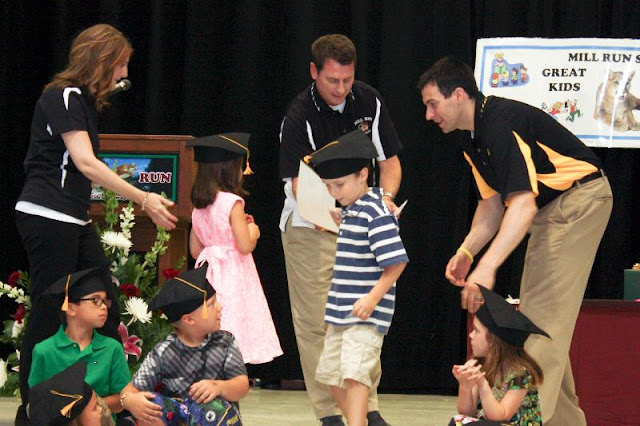 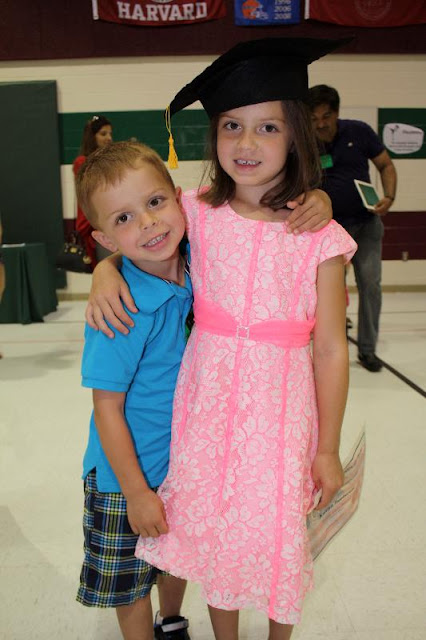 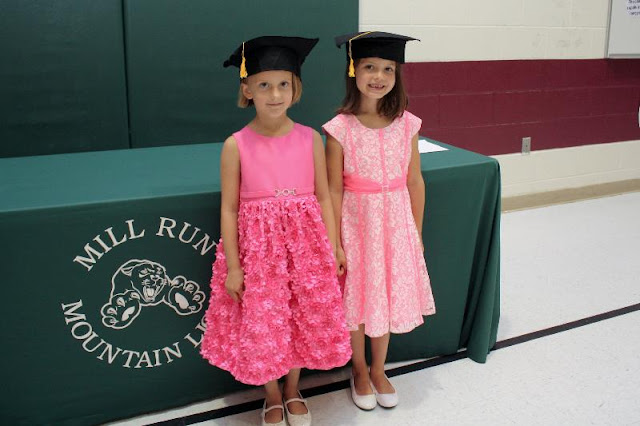 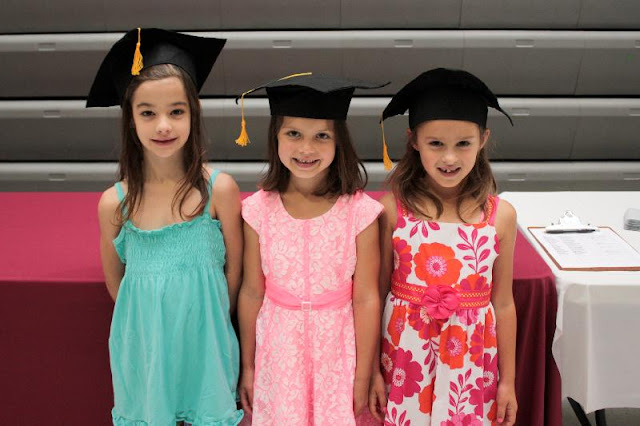 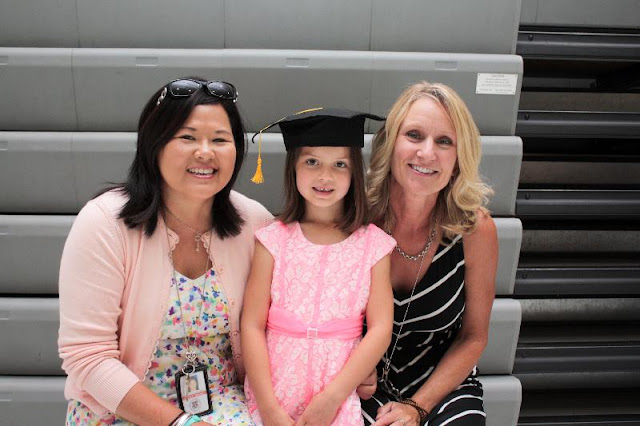 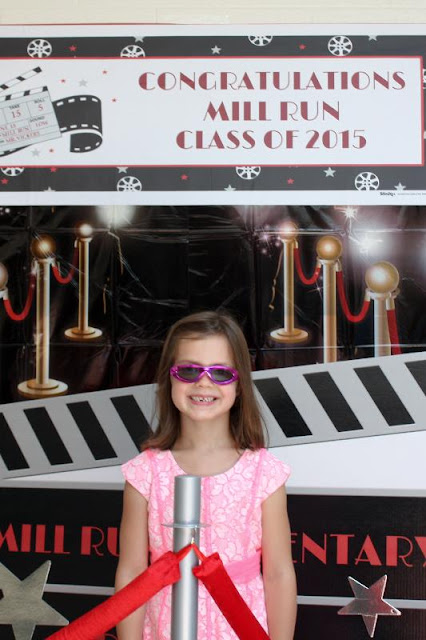 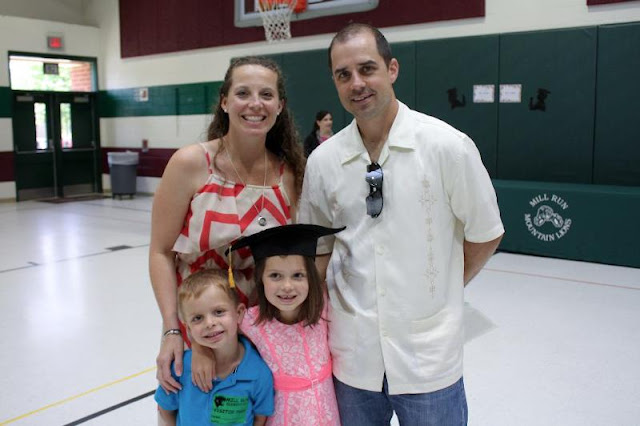 We're so proud of her!