Our annual neighborhood Fall/Pumpkin Carving party took place on Sunday evening.  We actually decided to carve our pumpkin earlier in the day so we didn't have to spend to much time away from the party. 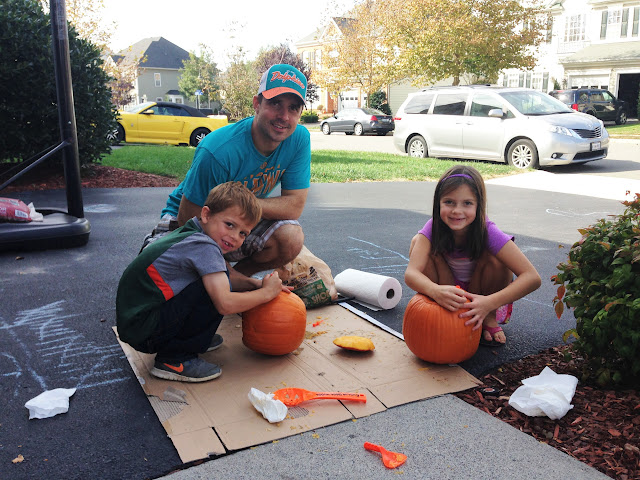 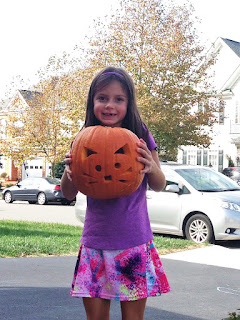 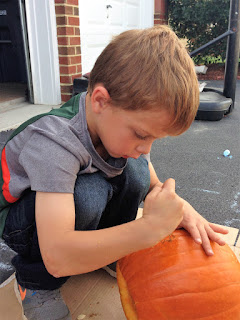 While Ron and the kids carved, I made some yummy treats for the party. 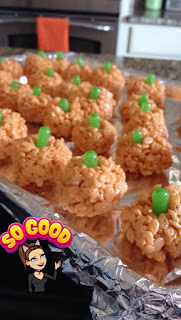 We enjoyed another great party with the fun people that live on our street. 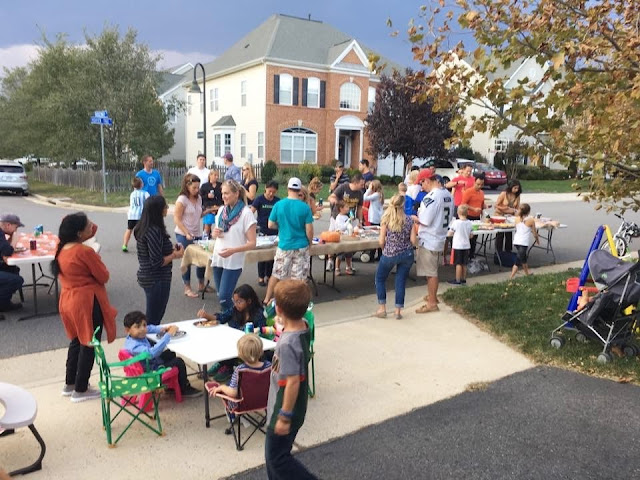 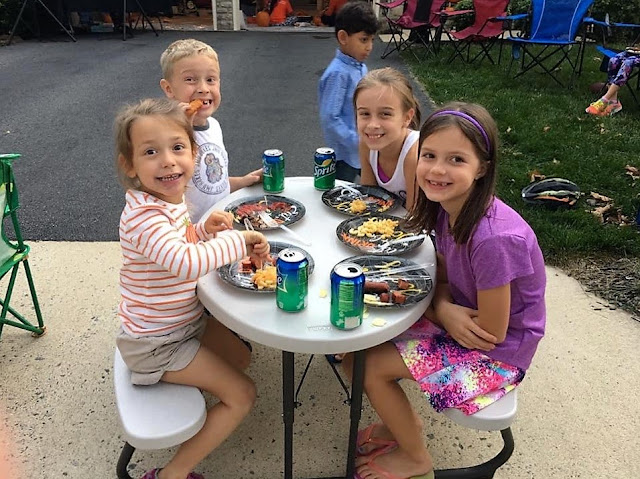 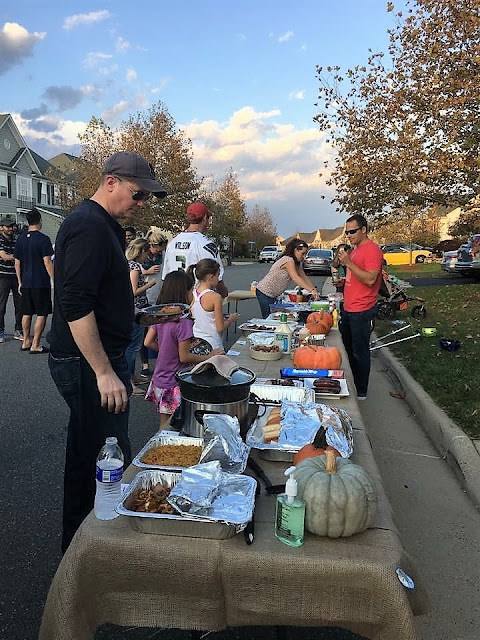 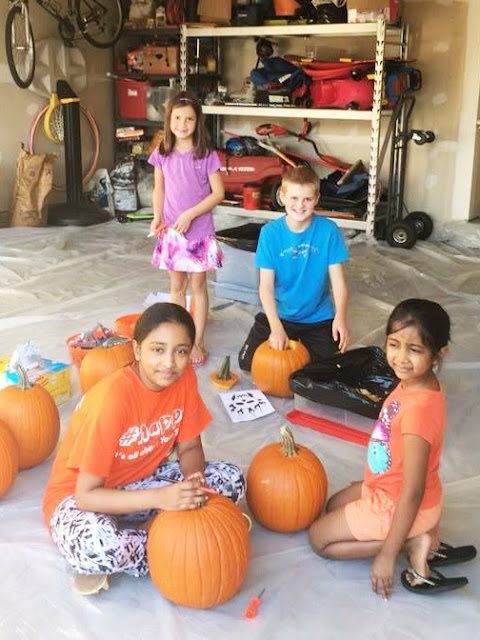 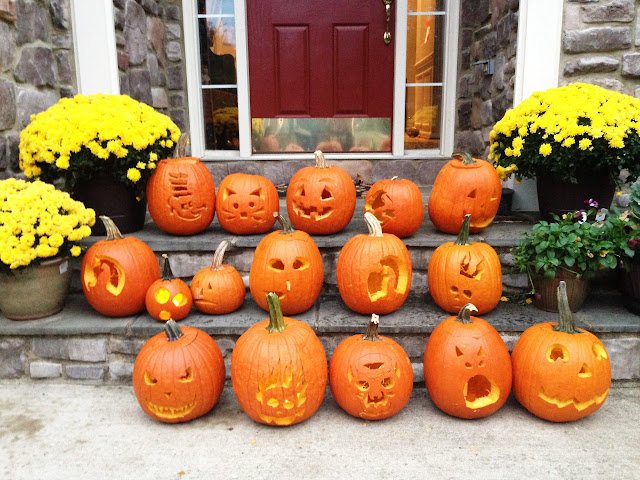 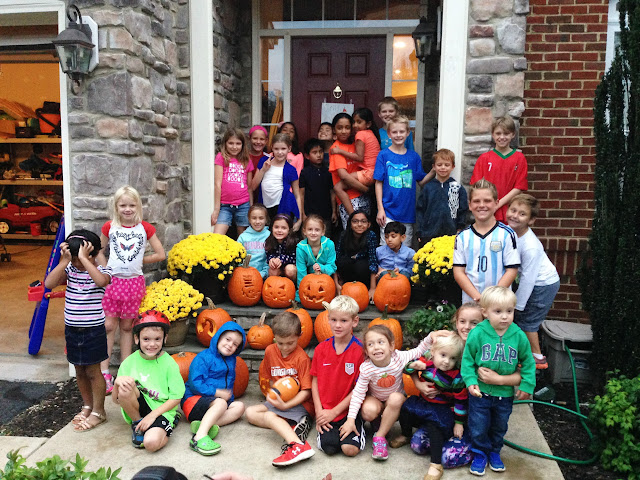 On Halloween night, we all gathered again for pizza and trick-or-treating. 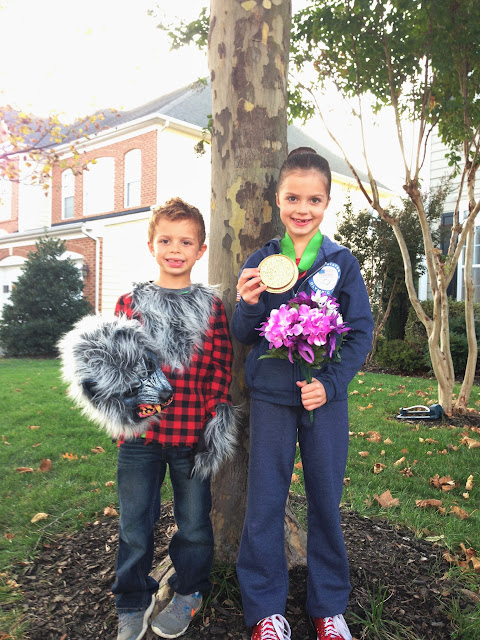 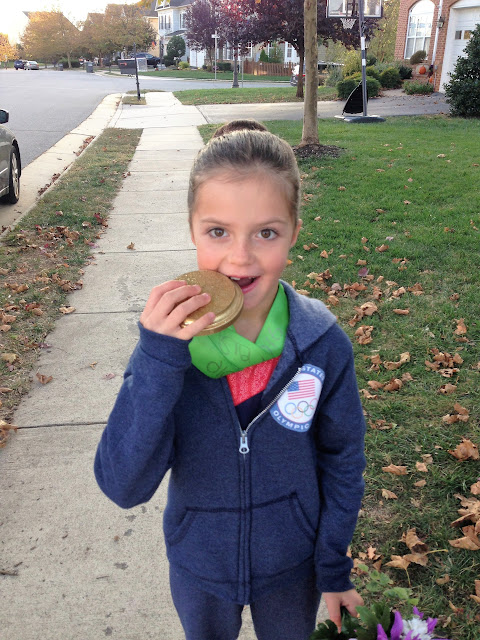 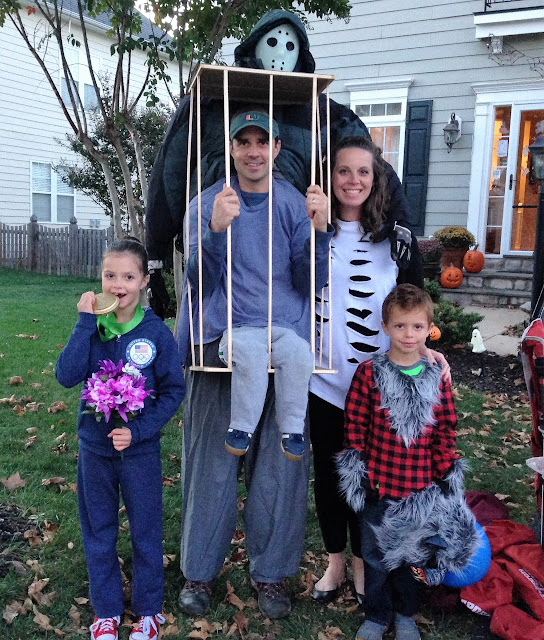 And here are some of the spooky decorations we put around the house this year. 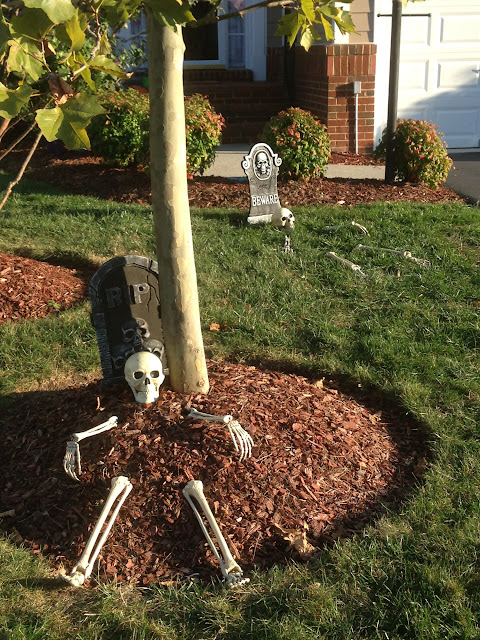 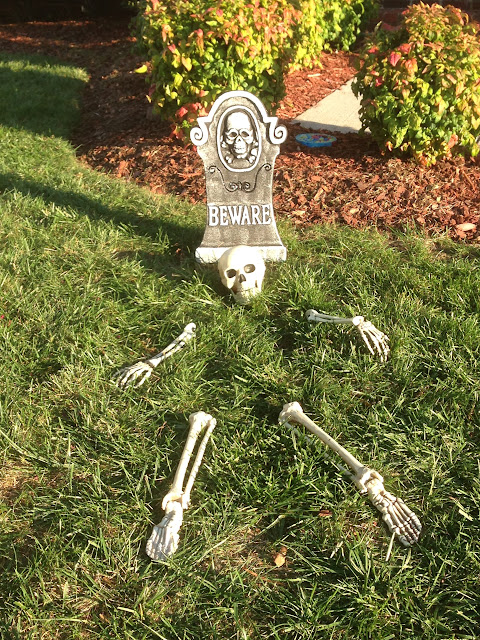 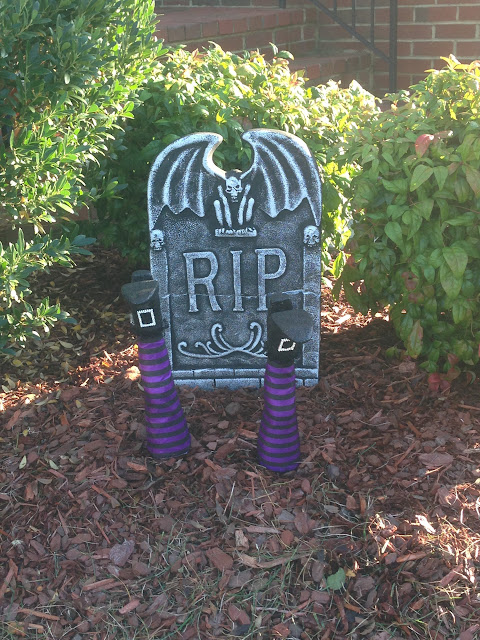 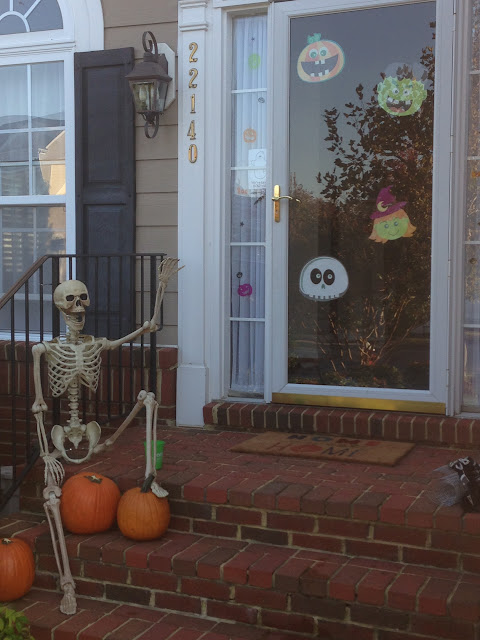 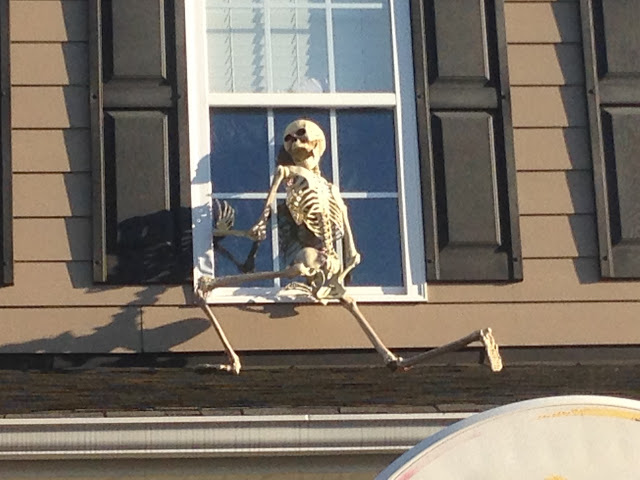 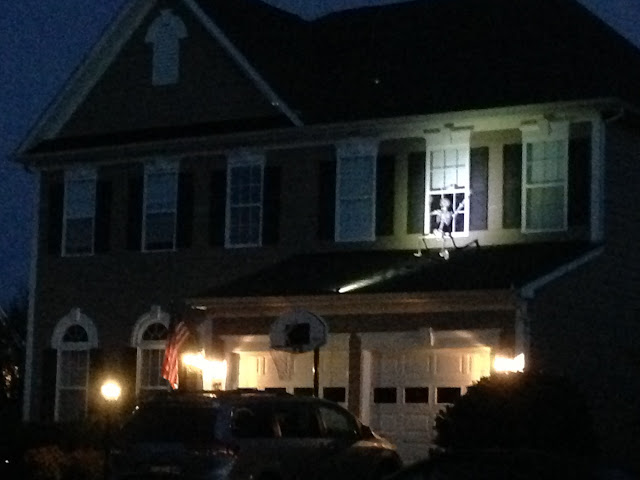 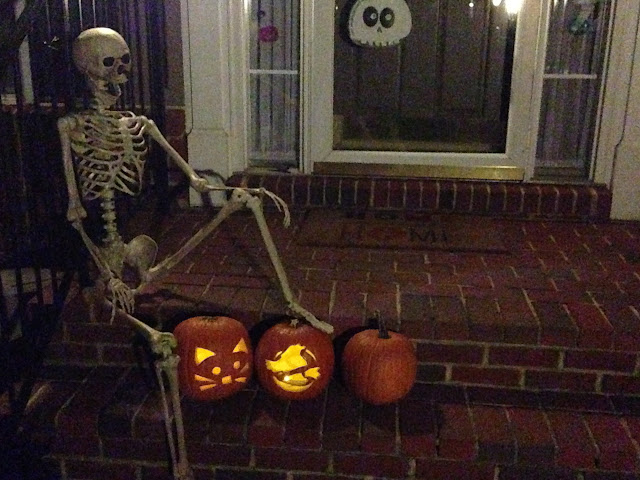 I thought this summer fun moment deserved its own post.

A couple of weeks ago, Ron came home from work and decided on a whim that he wanted to go camping.  Kaitlyn was on board, but Jonathan was a little hesitant.  They were planning on an easy trip about 35 minutes from the house so, on a whim, I decided I would join them (after I convinced Jonathan to go).  I had yet to make it out for one of their camping adventures and I figured this would be the best time to give it a shot.

My reasoning: 1) it was already late in the day/evening so there wouldn't be a whole lot of time out "there", 2) it wasn't too far from the house and I knew we were going to a campground with bathroom access, 3) to finally join Ron in his happy place.  He loves the outdoors and while my idea of being outdoorsy involves a beach, winery, or backyard patio, I really wanted to share the experience of seeing him in his element in person.  The kids (and I think Ron) were excited to have Mommy along for the ride.

We quickly packed up our supplies and food then hit the road.  We got to the campground and did a quick drive-by of some vacant sites before choosing ours for the night.  Ron probably would have preferred a site a little further from other campers and not so near the bathrooms, but he was very kind and listened to my must-haves: 1) close to other campers (in case we are attacked by bears or serial killers, people need to hear our screams) and 2) close to the bathrooms so I don't have to walk through the wild in the middle of the night, or worse, pee in a bush in the middle of the night.

We didn't get to our site until after 6pm, so we had to work fast to get the tent up and the fire going before it got too dark.

Meanwhile, this entire time, Jonathan was still not 100% on board with sleeping there.  He was convinced we were just going there for dinner and once the fire was out we'd go home.  Up until he realized we were there for the night, he had a good time.

He wasn't very happy that we weren't going home so we had to snuggle in the tent for a while before he'd finally dose off.

The evening went by fast and the kids and I were exhausted from our peach picking trip earlier in the day so after dinner and roasted marshmallows, we all got settled in the tent and ready for bed.  It was pretty hot and muggy and I was certain I wouldn't sleep well.  Luckily, it cooled off over night and I only woke up a couple of times.  We had survived the night!

Jonathan sat up around 5:45am and said "Did I sleep here all night??"  And just like that, our day began!

Ron made breakfast then we did some walking around the campground before packing up.

It was a fun time and I'm glad I decided to go.  We were there less than 24 hours, but I was still happy to get home and take a shower.  The one lesson I learned: next time, don't forget to bring coffee!!
at 9:13 AM No comments: Links to this post

I mentioned in my last post that we had a pretty low-key summer.  Although we didn't actually get out of town, except for Cobb Island, we did have lots of fun!  Here are some of the fun things we did.