A Day at the National Harbor

Earlier this month, we decided to drive into "the city" to check out the National Harbor.  I had been there briefly in September 2014 to Run the Color Run 5K with my friend, Rachel.  It was a tough run for me and I was not taking in the sights, I was just trying to survive! 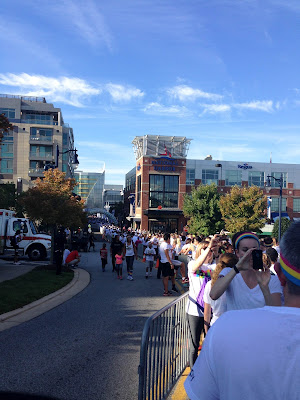 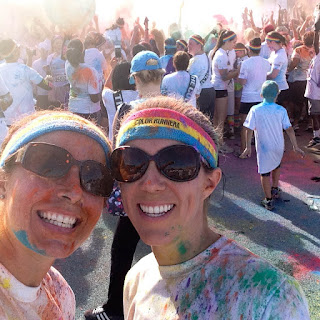 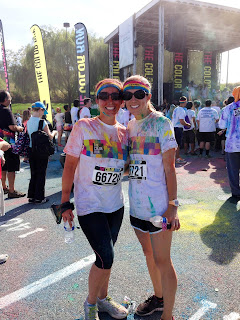 But I do remember what a cute area it was and have always wanted to get back there.  We decided to go on a Sunday after church and the weather was perfect!  Not too hot (unlike the temps we've been dealing with since then) and just enough cloud coverage to give us some shade.  The breeze coming off the water was also a bonus.

We first made our way to the kid play area.  It's what the kids spotted first and where we ended up spending the majority of our time.  For $7/child, the kids got unlimited rides on the carousel and access to the small playground next to it.  It was a pretty good deal considering we were at a touristy kind of place.  I can't even begin to tell you how many times we rode that thing.  Between each ride, the kids would scope out which animal they were going to ride next, switch seats then ride again.  It's amazing how dizzy an almost 40-year-old mom and a 40-year-old dad can get while spinning at 5 mph over and over again!

Here are photos of almost every animal on the carousel...

Once we convinced the kids to take a break from the kid area, we walked over to the pier to check out the boats.  They had a pirate ship you could ride and the newest attraction --- The Capital Wheel.  We had hoped to rent a paddle boat, but the water was a little too rough so they were closed.

There was a cute sandy area with a sculpture of a giant embedded in the earth.  It was funny to see kids climbing all over him.

The kids were treated to a snow cone then we did some window shopping.

We had a really great day exploring a new-to-us area and I'm sure we'll be back for some more fun!
at 11:28 AM No comments:

Blogging has taken a back burner to summer.  We've been busy, busy, busy, but I'm still trying to catch up.  Let's rewind about a month and go back to Father's Day weekend.

The Friday of that weekend we ordered pizzas and had a picnic dinner at the Nature Center near the house. We brought Ron's hammock and the kids had a blast being goofy in it.

They did manage to hold their giggles for this cute pic:

The next day we took a drive out to Great Falls Park.  Ron and the kids had been a couple of other times, but this was my first visit.  It was a fun day outside!

When we got back to the house we made our first-ever batch of homemade ravioli.

Father's Day, itself, was a pretty quiet day.