The kids had a fun Halloween!  First, they had their Book Character Parade at school.  Kaitlyn was Hermione Granger from the Harry Potter series and Jonathan was Neil Armstrong.  Luckily, Zahcary recently handed down an astronaut costume and the bool, "One Giant Leap: The Story of Neil Armstrong" so that worked out perfectly! 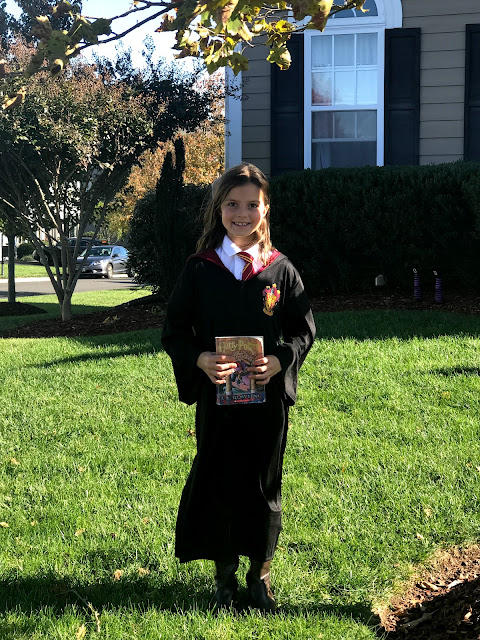 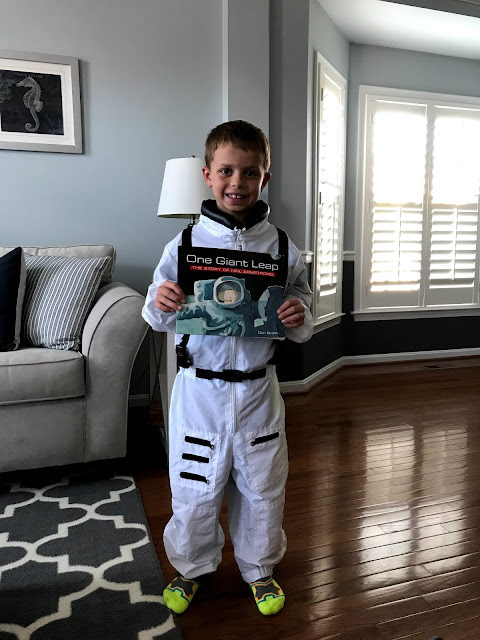 We got together with our usual neighborhood crew for pizza and soup then the kids hit the streets for some trick-or-treating. 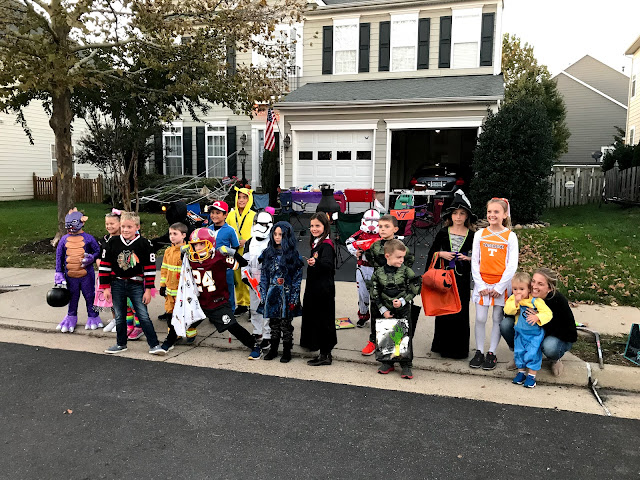 Jonathan changed into his "real" costume for Halloween night, a shock trooper. 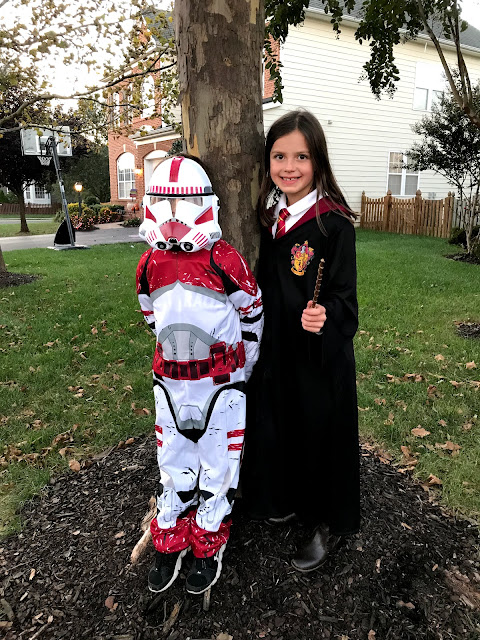 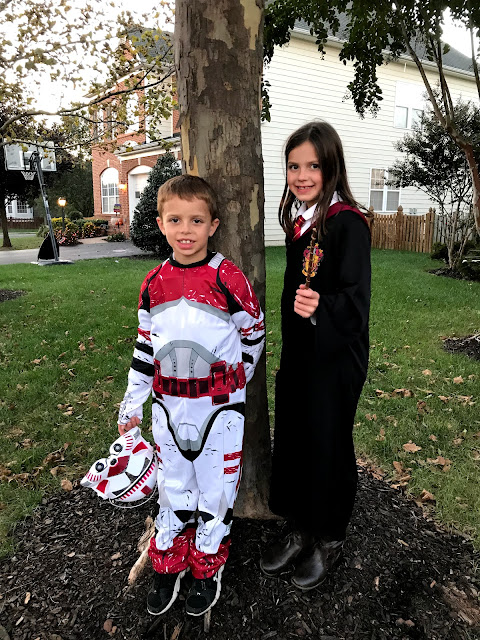 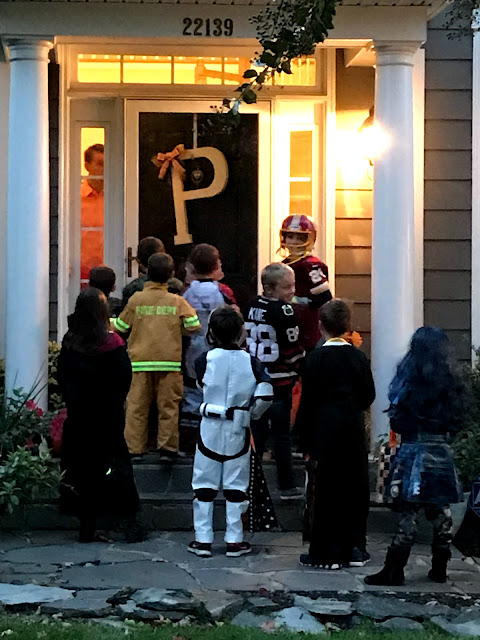 The weekend before, we went to our neighborhood Halloween party and this year there was a costume contest.  Check out these awesome costumes! 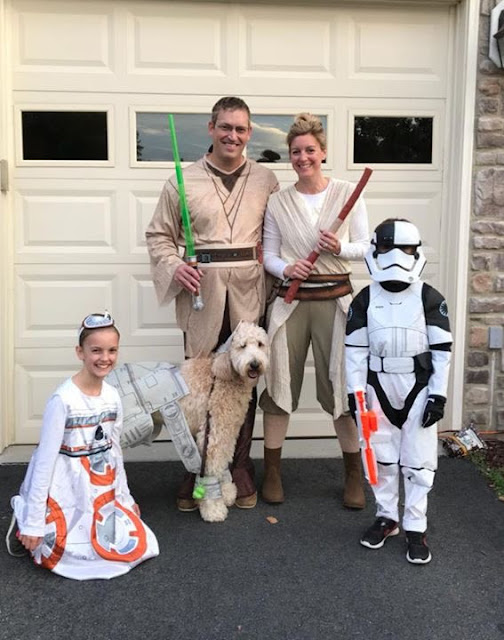 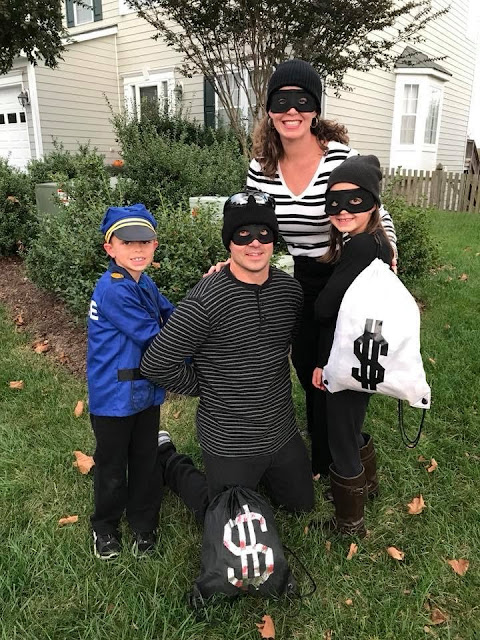 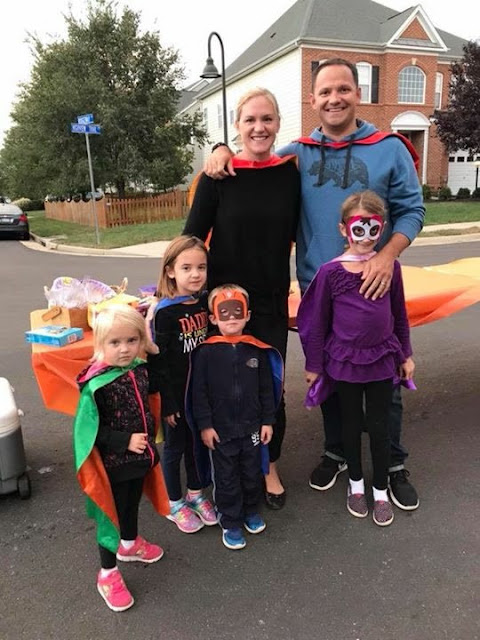 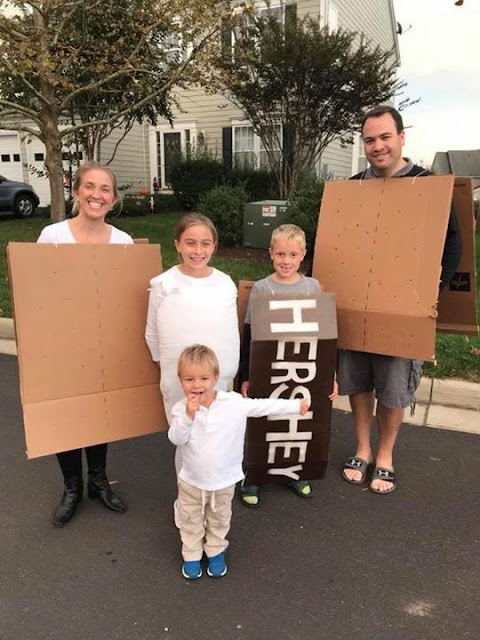 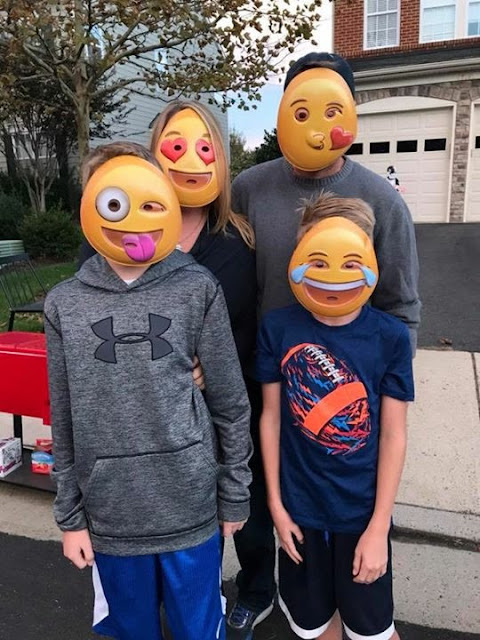 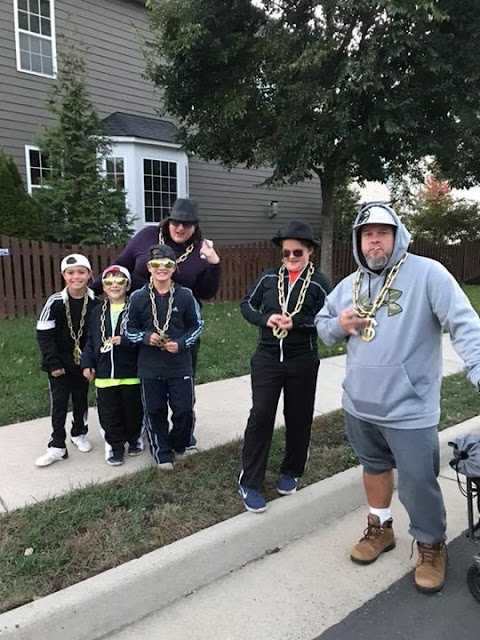 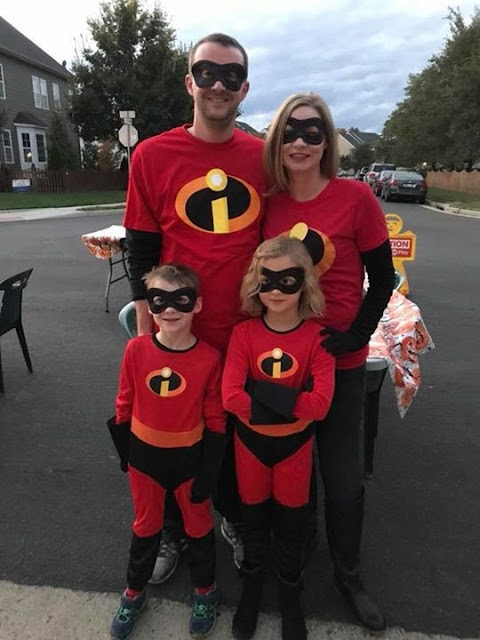 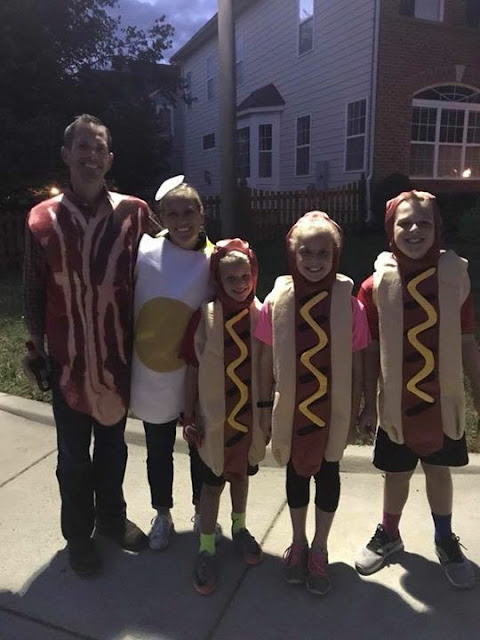 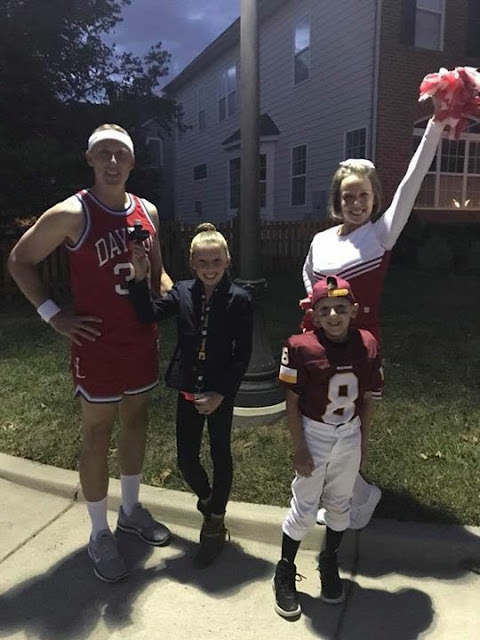 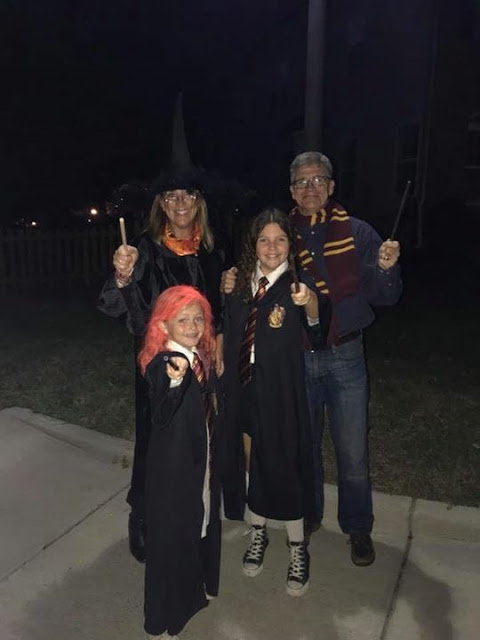 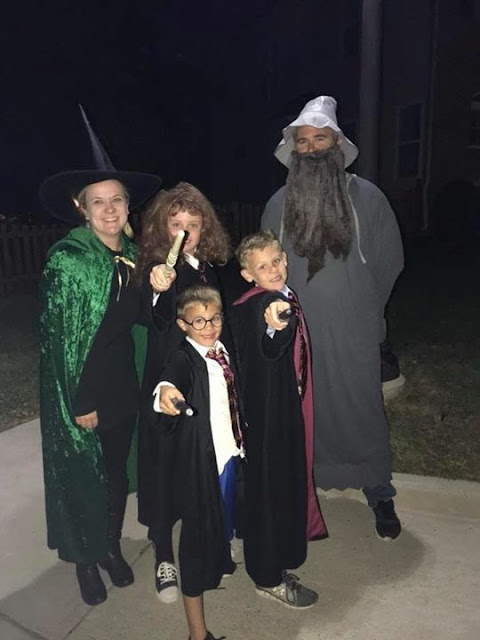 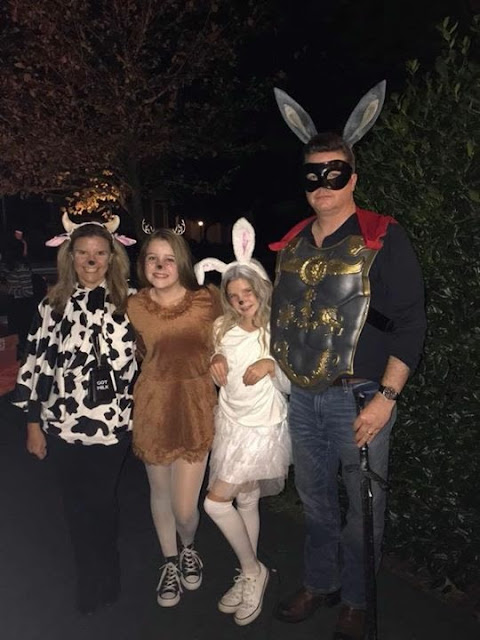 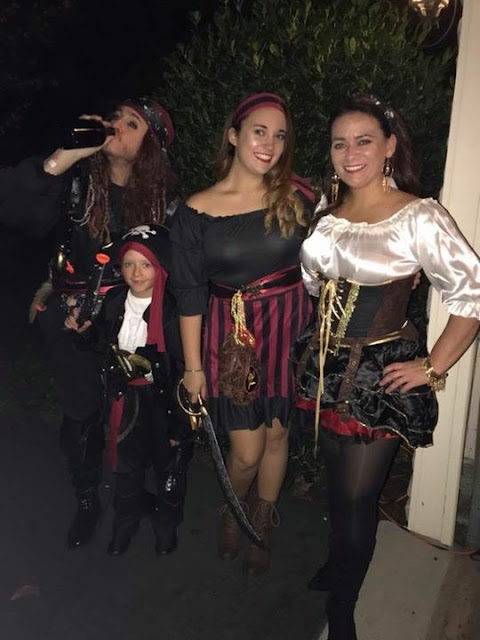 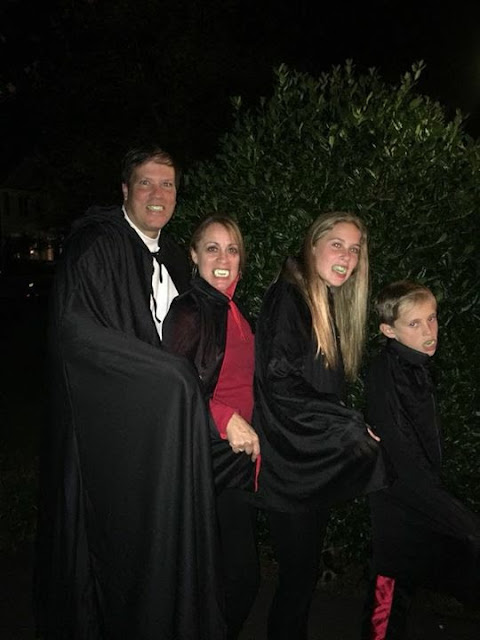 This morning, we watched Kaitlyn receive the Mountain Lion Citizenship Award.  It was so nice to hear the kind words her teacher wrote for her.

We are so proud of our Super Citizen! 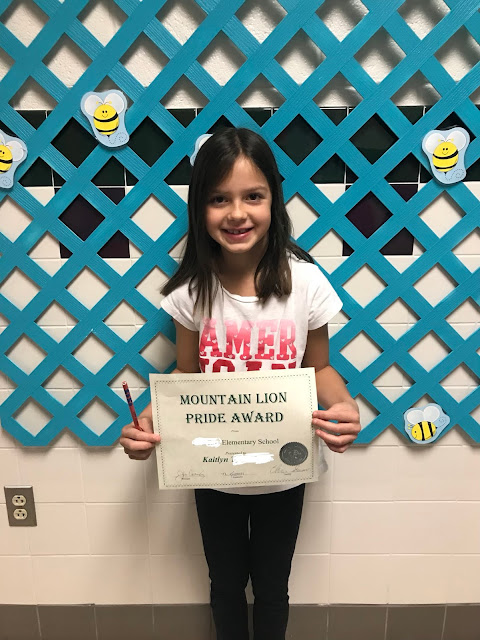 Immediately following the awards ceremony, I joined Kaitlyn and the entire 3rd grade class on a field trip to Dulles Airport to welcome veterans on today's Honor Flight.  The Honor Flight Network is an organization that brings vets from all over the country to Washington D.C. to see THEIR memorials.  Their current focus is bringing WWII Veterans who may not otherwise have the ability to travel.  They have recently opened up spots to veterans of the Korean and Vietnam Wards.  The flight we welcomed today had 90+ veterans (2 from WWII, 12 from the Korean War and 70+ from the Vietnam War). 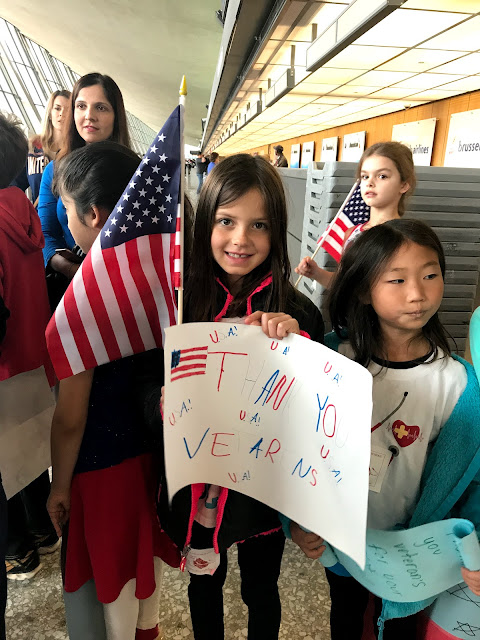 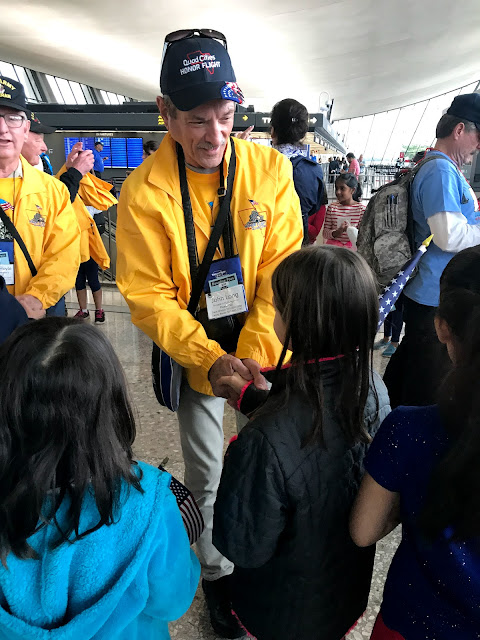 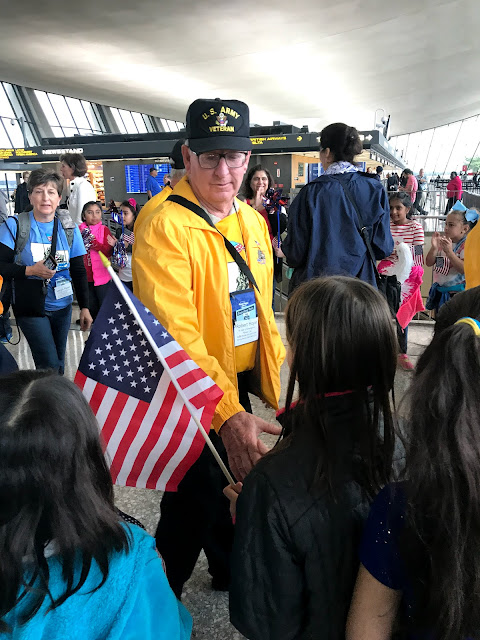 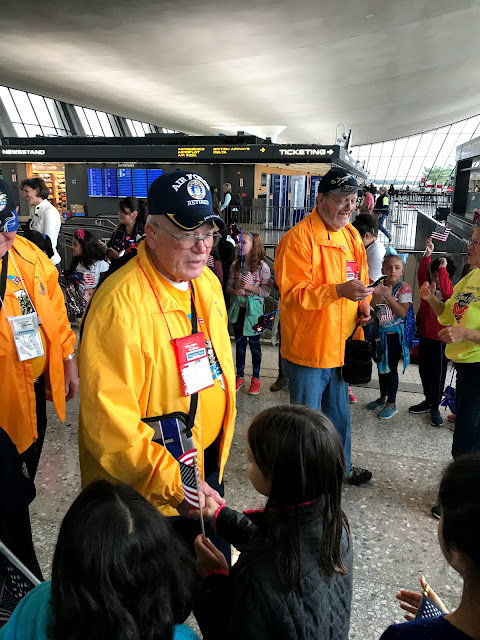 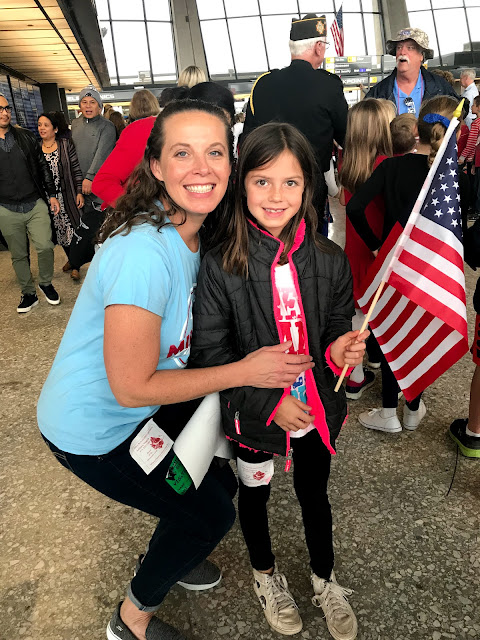 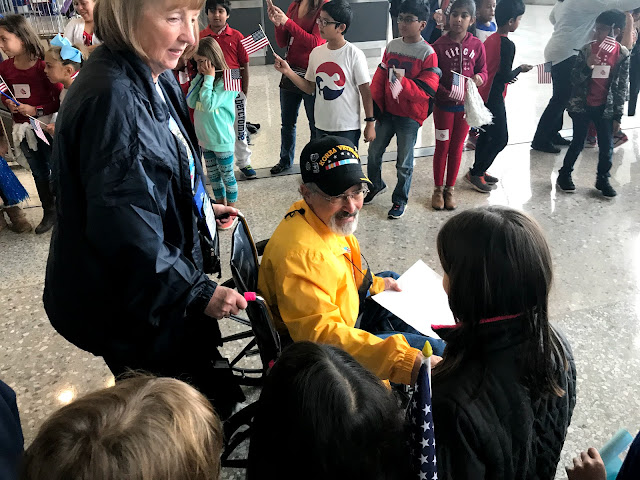 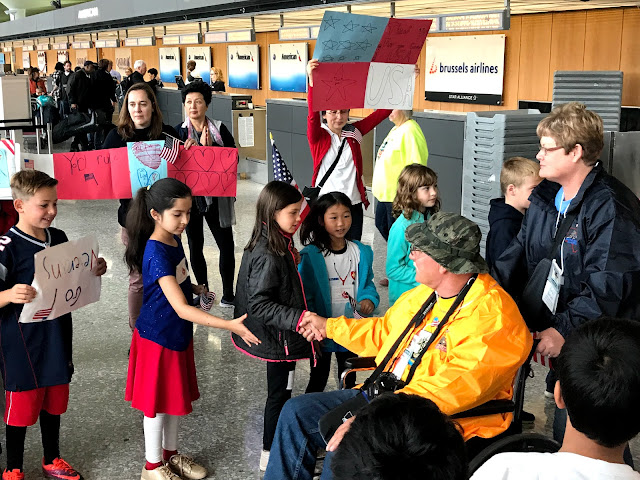 It was such a moving experience.  We will definitely get back to welcome another flight!