I took a trip back to Dolly Sods Wilderness in West Virginia for a 3-day, 2-night hiking/camping trip from 27 - 29 September.  My buddies arrived on Thursday but I didn't want to miss a second baseball game so I met them at the park on Friday.  I got an early start (departed at 6:10am) and it was a beautiful drive out.  Lots of fog going through the mountains, made for some interesting views. 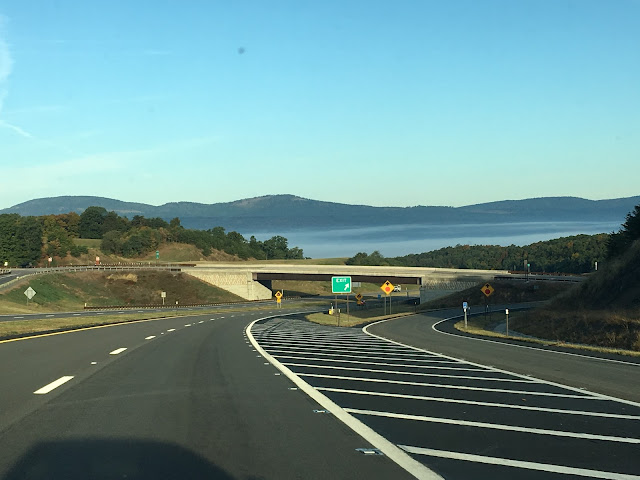 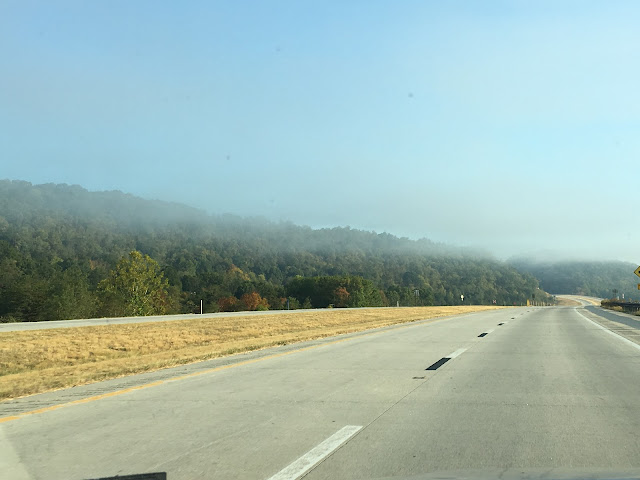 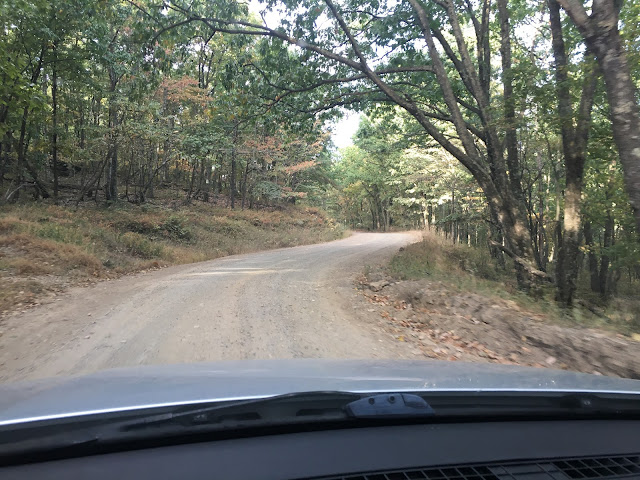 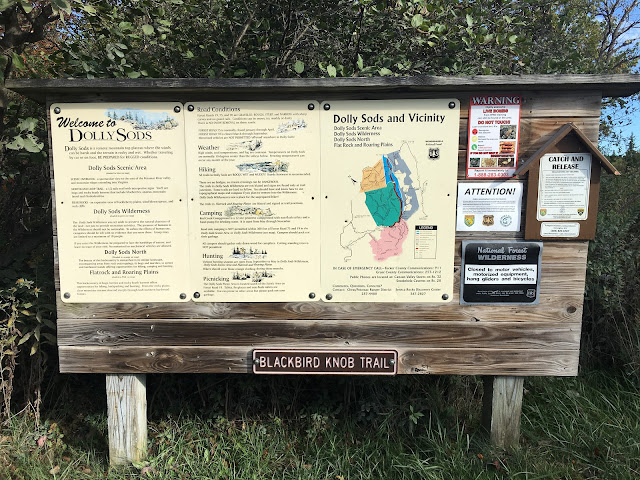 I lost the trail at some point and spent about 20-25 mins walking through the woods.  I didn't mind being off the trail but I was slightly concerned about coming across a bear or mountain lion while alone in the woods.  Luckily, that didn't happen.  After a while I pulled out my park map and compass to determine where I was.  I used the elevation rings on the map along with my known general location to estimate where I was before plotting a course to get back to the trail.  It worked, about 10 minutes later I was back on the path and heading towards my buddies. 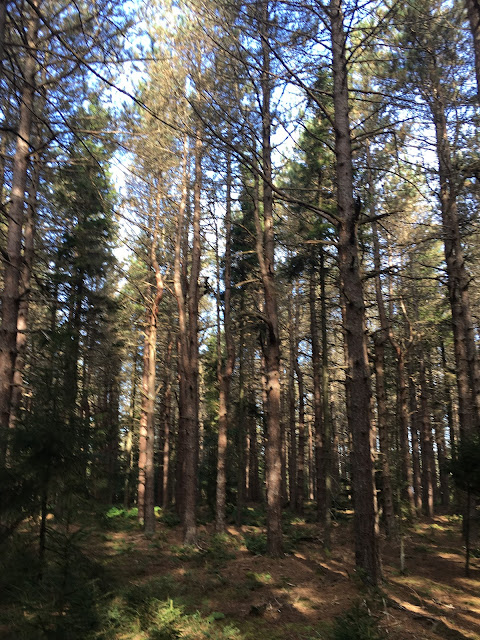 You'll see several pictures of the deer at our campsite.  Apparently we were in its territory as it was around every morning and evening grazing in the area. 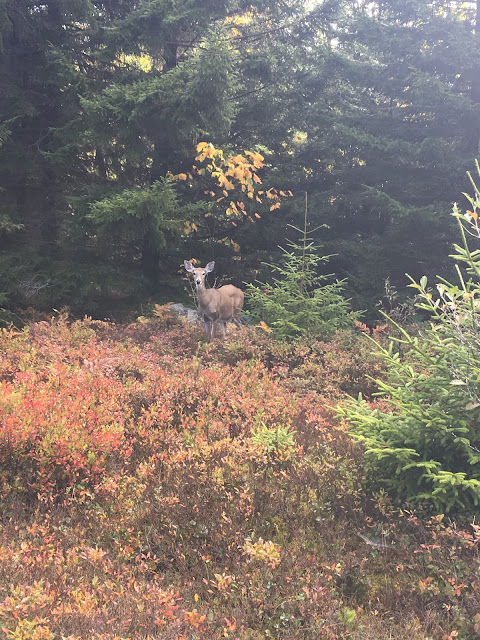 Deer behind the tent. 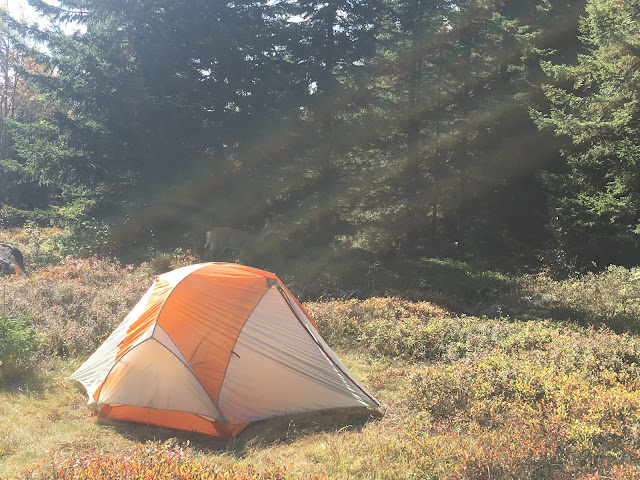 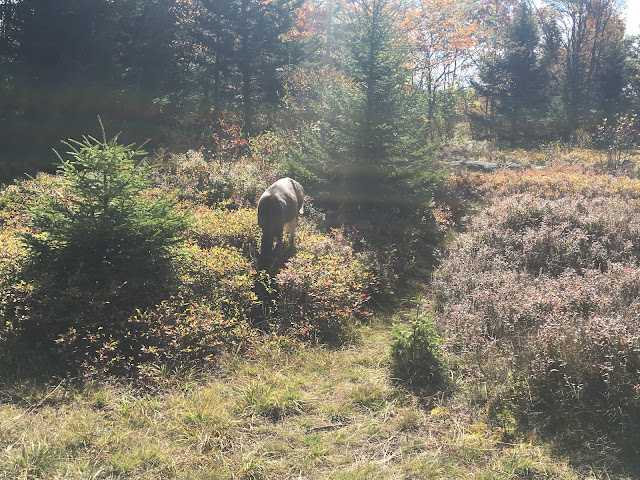 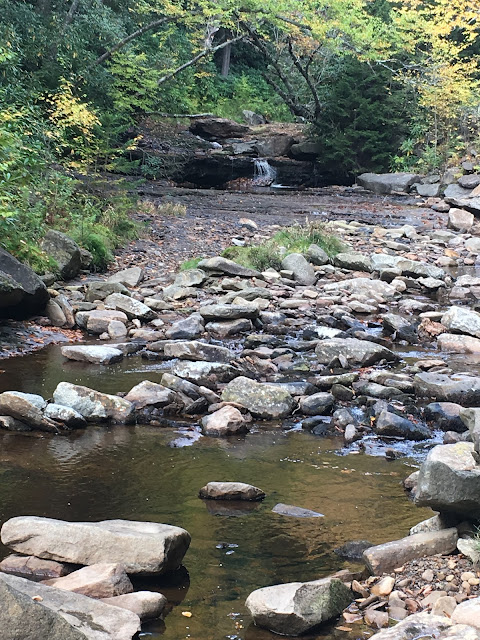 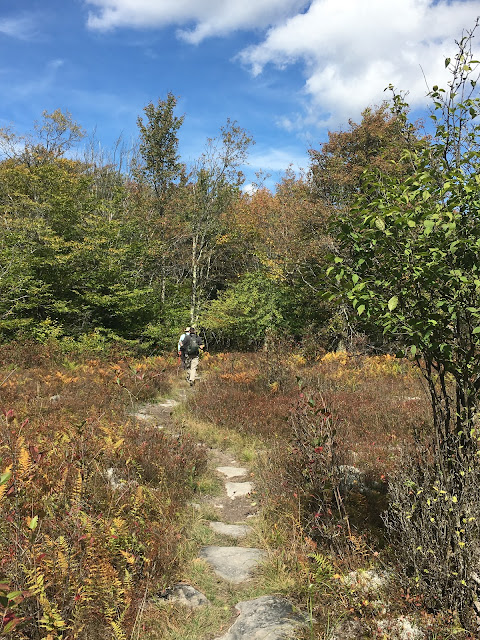 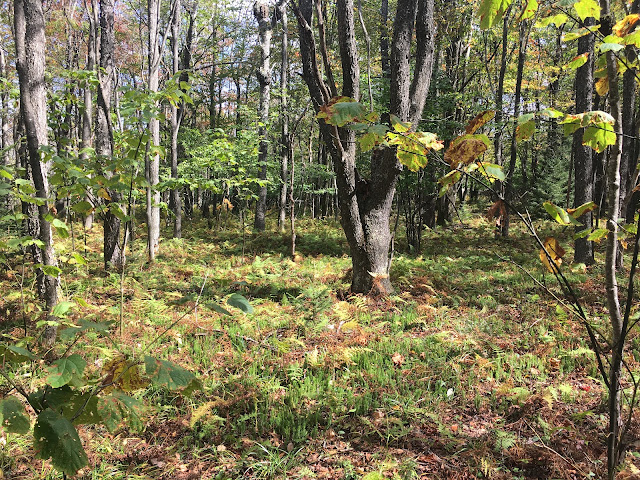 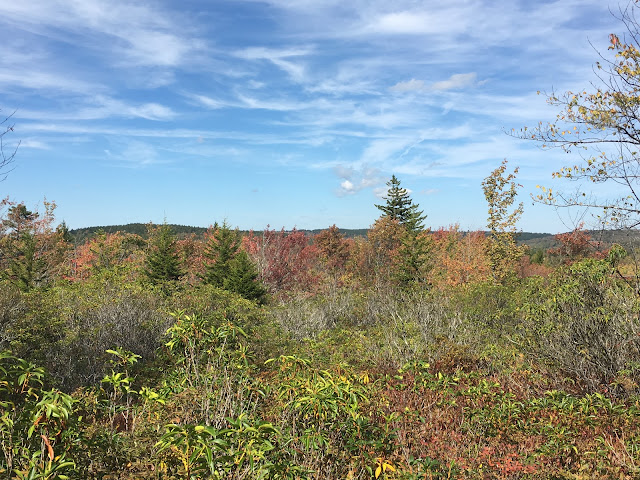 Filtering water from the creek.  The cold water felt great on our feet after about 12 miles the first day. 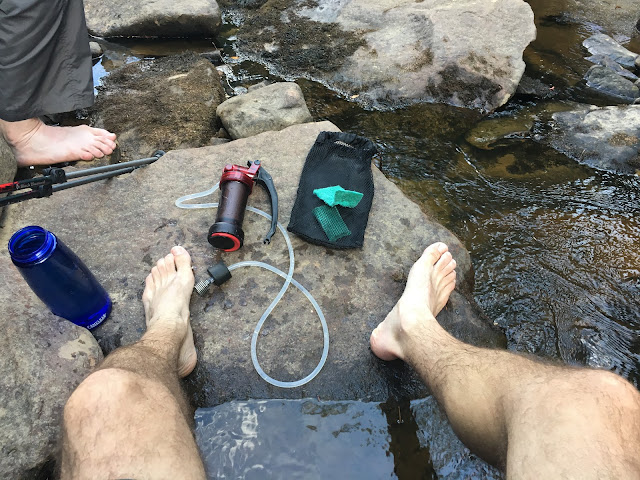 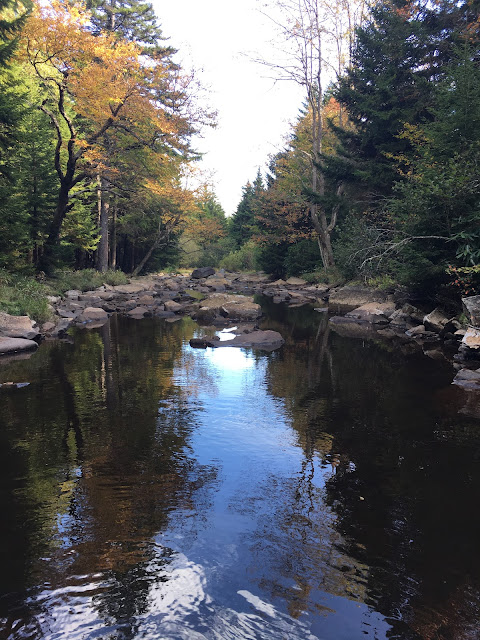 Our campsite.  My hammock was under the large trees in the middle of the pic. 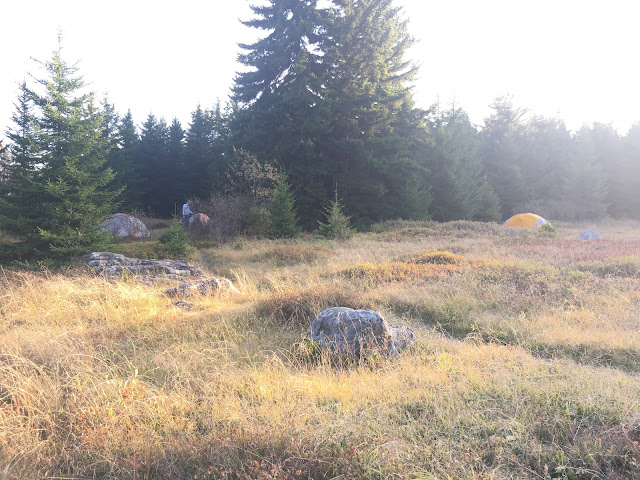 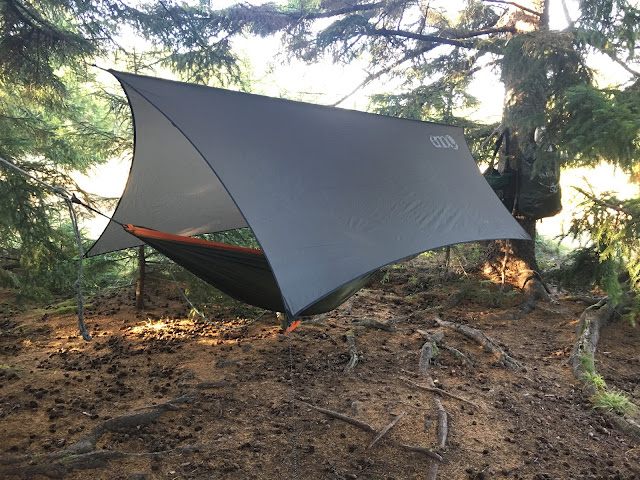 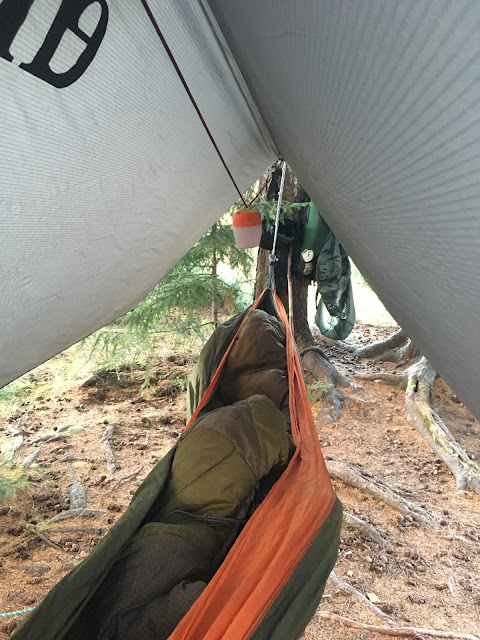 Deer behind us again as we finished off dinner. 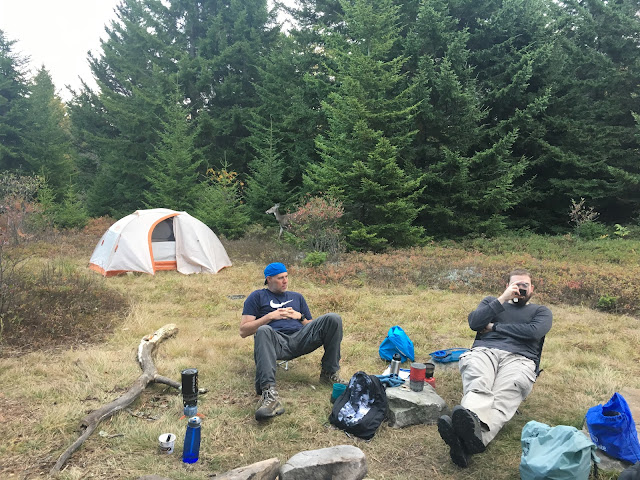 I never realized this but pine wood has an excellent smell when burned and gives off a crackling sound (from the sap) that you hear in traditional Christmas fire scenes. 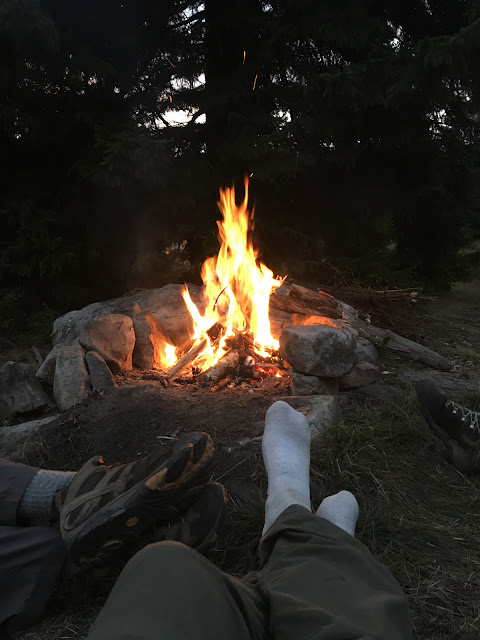 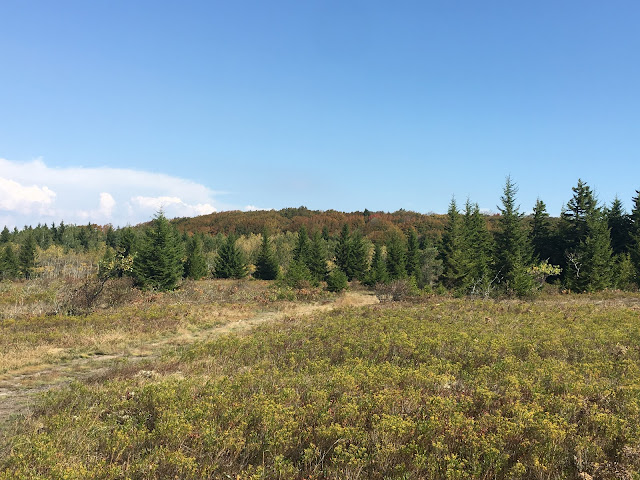 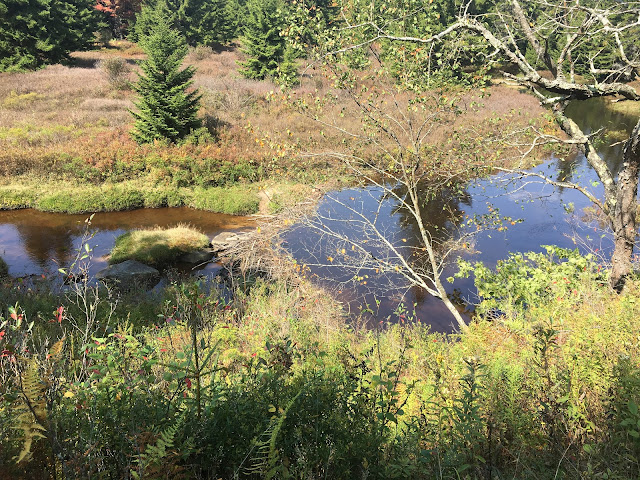 Our lunch break at Bear Rocks, the highest point in the park. 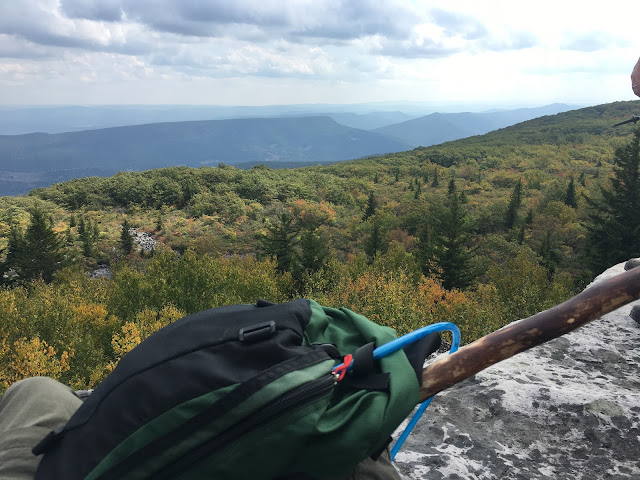 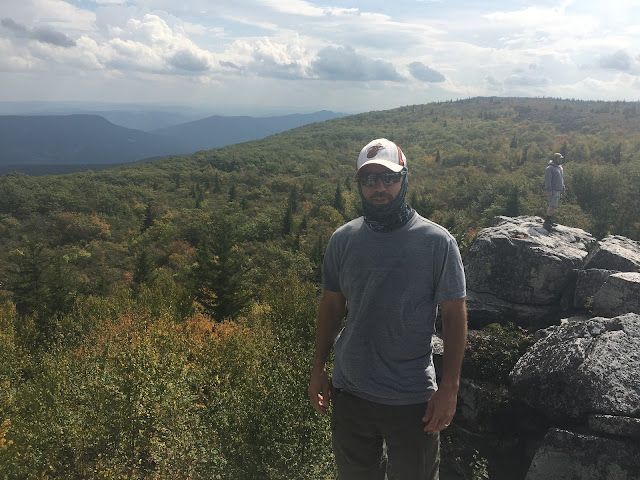 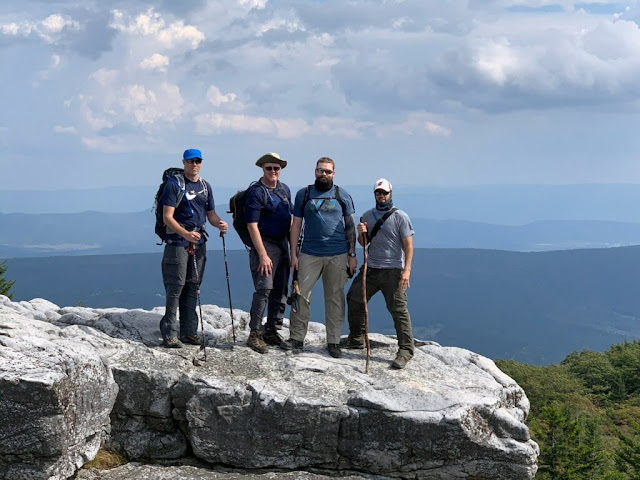 Same deer with it's little one. 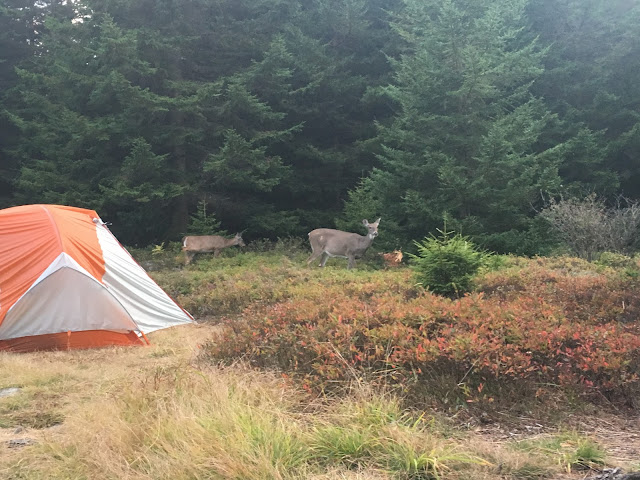 We heard a bunch of wolves howling off in the distance as we sat around the fire in the evening.  First time I remember hearing wolves while in the woods.  We went to bed not too concerned since we knew they were a ways off.  However.....around 3am I woke up to the sound of howling that was much closer to us.  We don't know exactly how close but they didn't sound too far off that's for sure.  I put my ear plugs back in and went back to sleep after a short while. 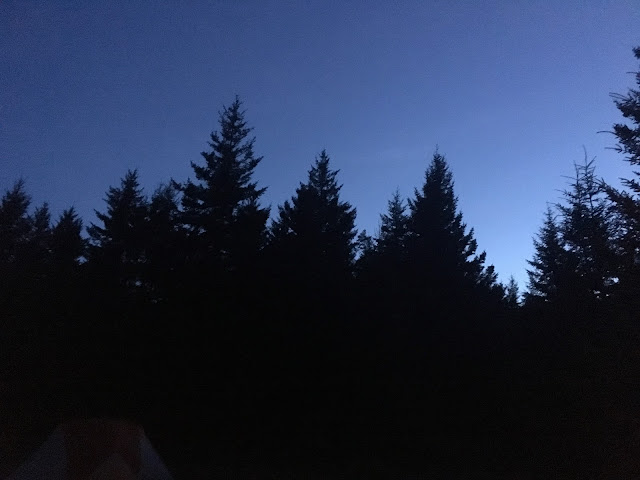 I always enjoy passing the large wind turbines in West Virginia and the whole mountain top is lined with them.  I'm guessing there were around 25 of these covering 10 miles? 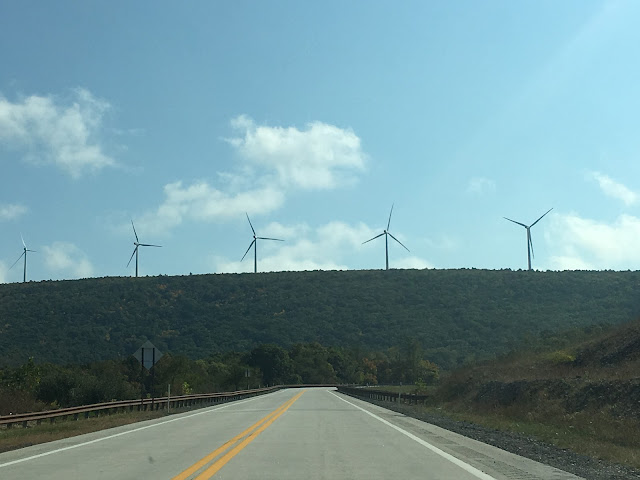 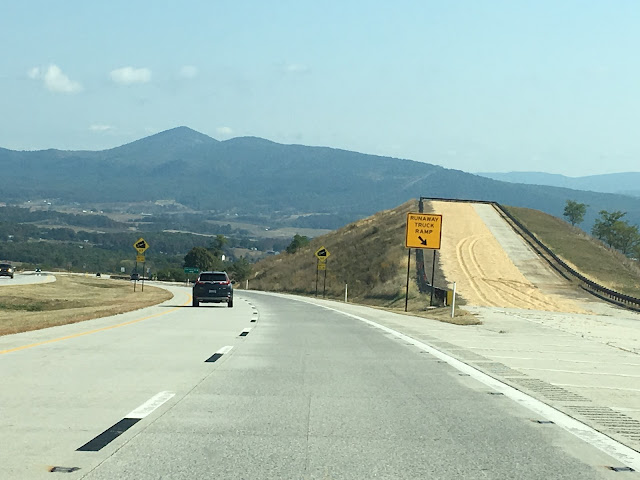